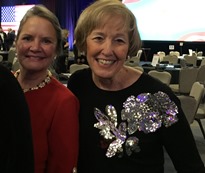 The Minnesota GOP showcase event of the season, the annual Lincoln-Reagan Dinner, went off perfectly on Friday evening October 11 in the main Ballroom of the Hyatt Regency Minneapolis. 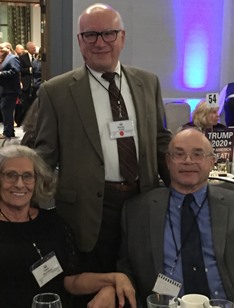 An enthusiastic crowd of Republican supporters and activists, including many from SD49 and SD50, gathered to enjoy conversation, an occasional adult beverage, and a leisurely perusal of an impressive array of silent auction items contributed to further the State organization’s fundraising goals.

The Emcee for the evening’s festivities was former WCCO weather forecaster Paul Douglas, who surprised (almost) everyone in the hall when he revealed himself as a “Born Again Christian” and political conservative! 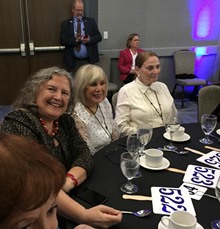 His recount of his experiences as a TV weather man, and a very early investor in GPS technology, along with his sense of humor and easy presentation style, made the evening flow pleasantly and enjoyably for everyone in the hall.

As the dinner portion of the evening’s agenda got underway, we all enjoyed greetings and speeches from leaders including MnGOP Chair Jennifer Carnahan, Congressman Tom Emmer and others as the hotel staff served a sumptuous dinner to a packed hall. 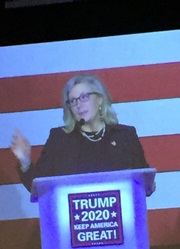 The featured speaker, Congresswoman Liz Cheney from Wyoming, eloquently described her experiences dealing with a Democratic majority in the House of Representatives that has no agenda other than obstruction and “Resistance”. She described several instances that illustrated their complete lack of even the slightest scruple or hesitation in choosing tactics to prevent the administration from achieving any of the goals that Americans voted them into office to accomplish, and then contrasted that with the way business was done in years past.

In all, it was a pleasant and educational evening that seemed to leave all who attended more encouraged and determined to support and work harder than ever to advance the cause of “Turning Minnesota Red”. 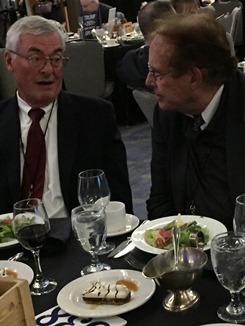 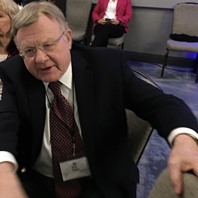