Looking Back on 2016: Much Accomplished, Work Still Ahead

2016 was an amazing year for Senate District 49.  Looking back, it is clear that we come to the end of the year having achieved much.  Dario Anselmo, our endorsed candidate for the MN House in District 49A, defeated the DFL incumbent and will be part of a significant new Republican house majority in St Paul.   As an organization, we continue to be one of the most active Senate Districts in Minnesota.  Yet there were goals we set for ourselves in 2016 that we did not reach.  We still have work to do to build a stronger organization for the future.

Perhaps our first accomplishment this year was the strong organizational work done by Jerry Witowski and his team in preparing for the March caucuses.  Confirming that no good deed goes unpunished, the State Party invited several national and state news organizations to witness our Edina caucuses.  The record-breaking number of Republicans that turned out for the Presidential poll this year proved a challenge by itself, but the spotlight of major media attention made the whole event an unreal experience.  The successful conduct of the caucuses demonstrated the experience and strength of our leaders and volunteers. 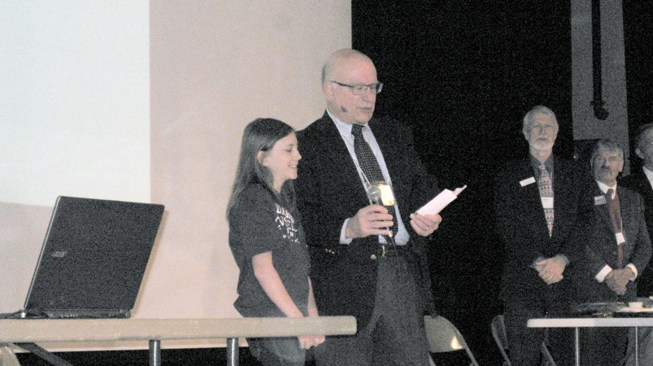 Between January and October this year, we held five monthly dinner meetings, with programs featuring:

The panel discussion featuring local representatives of the GOP Presidential Candidates proved to be an outstanding program.  The representatives were well prepared and respectful of each other, resulting in one of the best exchanges of ideas and positions of all of the Presidential debates.  From national issues to local issues, the remarks offered by Larry Frost and John Swon reinforced the importance of paying attention to developments in our own communities.

We also held two social get-togethers.  The first was in May featuring our legislative candidates at the American Legion hall in Richfield.  We will be celebrated the holidays and our strong fellowship with a party on December 13.

Fund-raising is critical to the mission of our Senate District.  This year, we had two major fund-raising events.  In early June, our Spring Conversation discussed “How Gov. Dayton & the Left are using the compassion we have for the disabled & poor to expand union power”.  The conversation was led by

In November, our annual Fall Conversation reviewed the November election and considered “Where Do We Go from Here?”  Our panelists were

We felt that Rep Hertaus’ ideas to fix the MN health insurance marketplace were worth wider dissemination, so we have released a video of his comments.  CLICK HERE to hear his proposals that should get a wider hearing during the 2017 legislative session.

We organized a group of enthusiastic walkers to support our candidates in the Edina 4th of July Parade and the Bloomington Heritage Days Parade in September.  In August, we also enjoyed a good turn-out for our annual picnic in Bloomington’s West Bush Lake Park.

We hope that you have found the work of our Communications Committee valuable this year.  The committee has worked hard to publish weekly newsletters highlighting both SD 49 activities and local and state developments that are not getting the attention of our community and metropolitan media.  We currently publish to a readership of 2770 members.

We have reached out through our Facebook page (www.facebook.com/SD49GOP), posting a number of albums of pictures of Senate District activities.  Our page has grown from 380 to 501 “likes”, and we will continue to work to build on its reach.   Our twitter account has also gained new followers, growing to 668.  Check us out at "@SD49MNGOP"

Leaving the most important to last, we endorsed three strong candidates for the MN House and Senate this year.  We were proud of the campaigns that Mike Lehmann, Max Rymer, and Dario Anselmo ran.  We recognize the sacrifices that they, their families, and their campaign teams made to support these races.  We know all three of them would have represented us well in St Paul.  Ultimately, only Dario Anselmo prevailed.  Yet, we have learned several valuable lessons from all three races, and we will work hard to take advantage of these lessons going forward.

In 2017, it is critical that we ramp up our fund-raising, precinct organizing, voter outreach, and ultimately our candidate search activities.  There is no doubt that active members and volunteers play a crucial role in the building of our local party.  We will need your volunteer efforts in a number of different areas this coming year, including running for senate district office, fund-raising, researching and writing articles, and neighborhood organizing.  You are a part of a great local Republican organization.  Please join with us in our efforts to return Republican representation to the entire Senate District in 2018.

Have a very happy holiday and best wishes for a great new year!