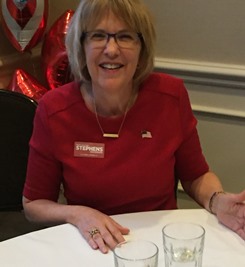 In our April 23 post, we reported that at the five Congressional District conventions held in April, Jeff Johnson commanded between one-third to half of the votes in straw polls for the MN Governor candidates.  Mary Giuliani Stephens secured between 13% and 23%.

Candidate Stephens led the polling at the Congressional District 7 convention held this past weekend in Ottertail, MN.  During the convention, 247 Republicans participated in a straw poll. The vote results were

Phillip Parrish bested his previous high of 17% in the Congressional District 1 convention.