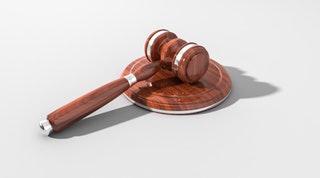 In late October a Minnesota Appeals Court judge ruled in favor of the Hands Off Our Cans citizens group over the City of Bloomington on two significant issues. While essentially reasserting the right of citizens of a charter city to petition to amend that charter, the original issue remains unaddressed: can the city council arbitrarily move to constrain the market for trash collection without a vote of the citizens?

The Hands Off Our Cans citizens group fulfilled the requirements of a charter amendment and submitted the records to the city. The Bloomington City Clerk affirmed that it met the requirements defined in the charter. The Charter Committee voted unanimously to accept it. The council then voted against it arguing it was pre-empted by statute, was manifestly unconstitutional, and was an improper referendum.

This ruling also affirmed/exposed that the city's contract with the consortium of haulers ended on March 1, 2017 due to a clause the city included in the contract. There is no contract between Bloomington and its trash haulers, and there hasn't been one since March 1, 2017. The haulers can stop the collection of residential waste and recycling tomorrow. The haulers are actually free to solicit new customers. At the moment, everything appears to be in limbo.

Bloomington has 30 days (until the end of November) to petition the Supreme Court for review of the findings of the Appeals Court. In the interim, the citizens group is considering what steps it wants to take in light of the positive Appeals Court rulings.