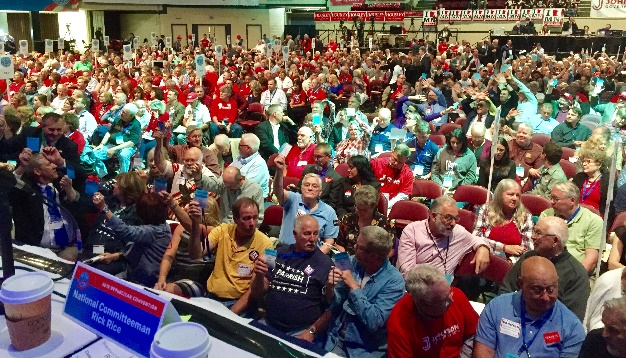 With the onset of COVID-19 and the subsequent emergency lockdown decreed by Governor Walz, a number of local and state Republican Party conventions were compressed this year into a two-month period from the middle of April to June 1. With the closure of the state candidate filing period on June 2, we are 99% certain that the 2020 convention season in Minnesota is over!

Since our last newsletter on May 26, we witnessed the Republican endorsement of Jason Lewis for US Senate, Brad Aho for Commissioner in Hennepin County District 6, and Joe Thalman for state representative in House District 49B. In addition, 12 additional delegates and three additional alternates were elected at large to attend the National Convention. Two Presidential Electors were also selected.

The virtual format of the conventions, replacing in-person meetings with remote teleconferencing connections, did not prove effective in facilitating changes to the MN GOP constitution or to the state party platform. Delegates and seated alternates at the state convention voted to either table any changes or to stop them from being brought up. A clear majority of convention participants wanted a more open and deliberate debate on amendments, to give changes due consideration, rather than approve a series of last-minute recommendations.

All eyes are now on President Trump and the dynamic situation with the Republican National Convention toward the end of August.