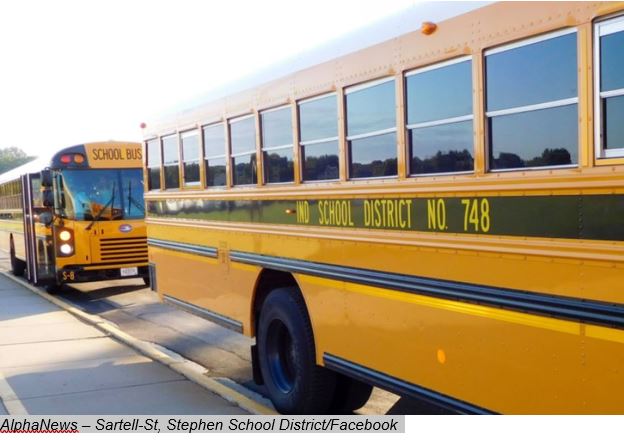 Update – After we published this, AlphaNews reported that the Sartell-St. Stephen School Board agreed to cut ties with Equity Alliance Minnesota (EAM) at a special meeting the evening of August 2, amid the threat of a federal lawsuit. They’ll be seeking a refund of the $80,000 paid to EAM.

In a school board meeting held the week of July 22, a student shared that she and other students were required to complete a survey as part of Equity Alliance Minnesota's (EAM) "racial inequity" audit. Recall that EAM was hired by the school district to conduct the audit for $80,000.

The student claimed that her teacher said she "could not skip any questions, even when I didn't understand them". The student also claims that they were told they could not "repeat any of the questions to our parents."

Leaders of the grassroots parent-driven movement to counter the audit claim that data requests to the school district, including requests for the specific contents of the equity audit survey, have gone unanswered.

Alpha News quoted that EAM's goal is to “make the educational ecosystem across Minnesota equitable for every single student", while the progressive group's core beliefs include the tenet "race and culture fundamentally shape and influence our core values, our thinking, our policies and our practices." Sound familiar?

The Sartell parents group simply wants transparency into the audit and subsequent report.

The parents also noted the evolution of the MN Department of Education's purpose statement of updated teaching standards. In 2004, it's purpose was to “help students gain the knowledge and skills to protect and maintain freedom” and said the US was “built on ordinary and extraordinary individuals, united in an ongoing quest for liberty, freedom, justice, and opportunity.”

However, in 2020, the lens shifted to race and identity, aiming to help students “be conscious and critical of their own biases and societies” and preparing them “to address powerful culture, social and political inequities by looking at their identity through a lens of race and gender.”

It is worthwhile to reflect on and note the contrasts between the current shifting "equity" goalposts and the Rev. Dr. Martin Luther King, Jr.'s goal that we "live in a nation where [we] will not be judged by the color of their skin but by the content of [our] character."

Indeed, in the landmark US Supreme Court case Shaw v. Reno (1993), the majority opinion of the court concluded that "classification of citizens based solely on race are by their nature odious to a free people whose institutions are founded upon the doctrine of equality, because they threaten to stigmatize persons by reason of their membership in a racial group and to incite racial hostility".

If you have children in Bloomington or Edina Public Schools and are hearing new actions related to Critical Race Theory or other equity initiatives, please reach out to us at [email protected].