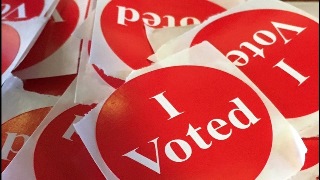 The Star Tribune and Alpha News have both reported that a woman in Minnesota has been charged with voting twice. Zameahia J. Ismail voted in her home district of St. Louis Park. Then she voted again in Minneapolis “after being instructed to support Minneapolis City Council member Abdi Warsame.”

Ismail said the reason she chose to knowingly commit voter fraud was that Warsame was “going to help Somalian community”. It is not known who else Ismail voted for.

The person who vouched for Ismail has not been charged.

Secretary of State Steve Simon does not believe that voter fraud materially affects Minnesota voting. Yet he will not release the voting information being sought by the Minnesota Voters Alliance that may be able to determine if it does or not. And if there are no consequences for people that enable voter fraud through inappropriate vouching, it’s likely this will happen again.