The main presentation featured Laura Anderson (on the right in the photo) and Hannah Keil (on the left)  -“The Elephants in the Room” -two young professional women who recently graduated (Minnesota State University – Mankato and University of Minnesota, Duluth respectively) and joined the workforce here in the Twin Cities.

The two gave “up close and personal” accounts of their experiences as conservatives surviving in a vast ocean of “liberals and leftists” inhabiting their academic worlds, including professors, fellow students, and the bureaucracy. The audience learned real examples of bias against conservative thought that ranged from censorship to latent hostility to downright silliness, such as the “pronoun police.”

Laura and Hannah left the audience with a list of resources for further study of these subjects, along with a call to support truly open and free thought and civil discussion in institutions of higher learning, at every possible opportunity. 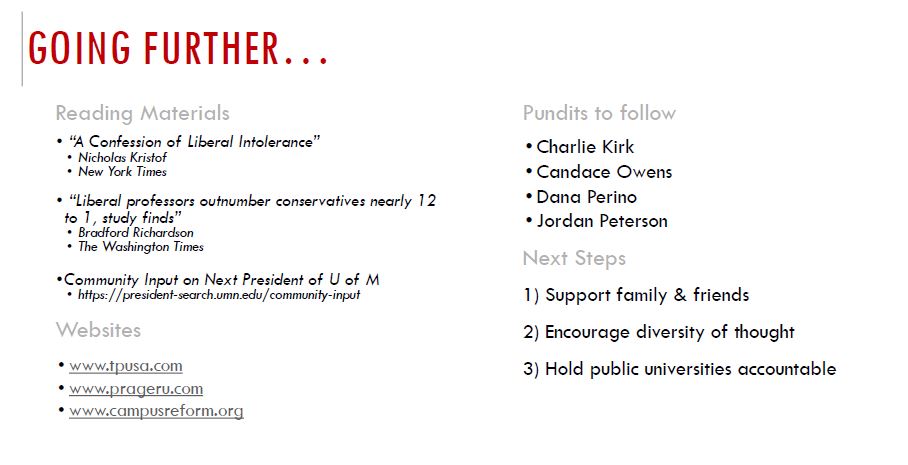