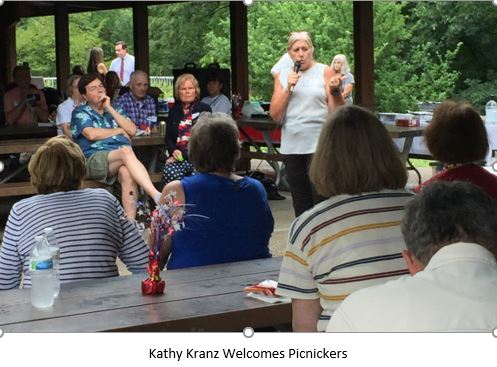 Although Sunday, August 8th started out damp and cloudy, the annual family picnic sponsored by the Republicans of Senate Districts 49 and 50 proved a great success.

For the first time, picnickers enjoyed special smoked BBQ by MJ Barbecue, thanks to the special smoking skills of Louis Dennard and his wife.  The BBQ pork and chicken was accompanied by our traditional roasted corn on the cob, complements of Tom Hulting and Ric Davies.

Thanks goes out to a number of the volunteers. The picnic organizer, Steve Curry, attributed the success to a team effort that included Lew & Sandra Coffey, Russ Burnison, Carol Kerr, Dennis Hogan, and Al Muerhoff. Special thanks to Sarah and Paul Patzloff for bringing a large cake and to Barb and Randy Sutter for the coleslaw

In addition to good food and fellowship, a number of candidates spoke for a few minutes about their campaigns. 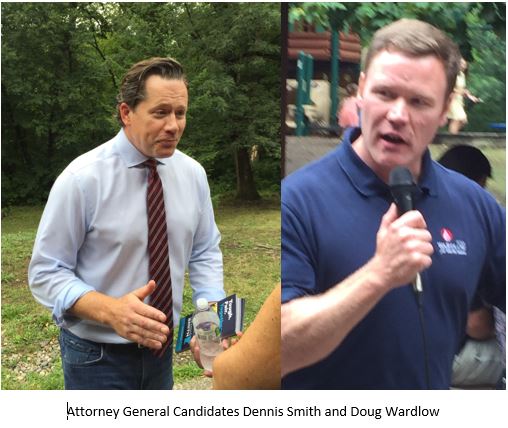 Dennis Smith, Lynn Torgerson, and Doug Wardlow spoke regarding their candidacy for MN Attorney General, in next year's (2022) election.

David Clark and Victor Rivas, candidates for Bloomington City Council in District III and IV respectively, said a few words to introduce themselves (CLICK HERE to see their photos in our article ).

Beth Beebe and Natalie Marose, candidates for Bloomington School Board, updated us on their campaigns. 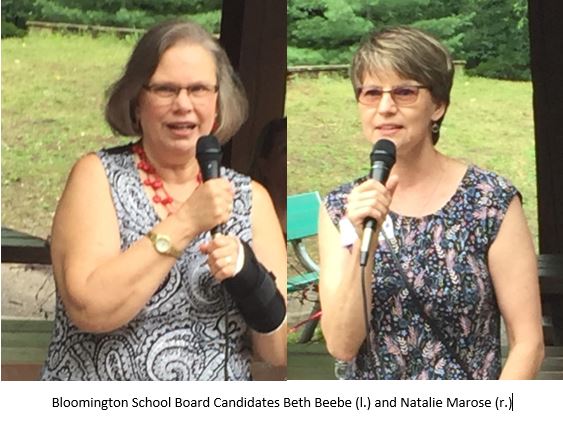