If you're like me it's hard to not look at polling and because of that our emotions are all over the map when it comes to the Presidential race but please don't fret.

The CATO Institute recently released a study that concluded 77% of Conservatives self-censor themselves when it comes to expressing political beliefs, meaning there are a lot of Conservatives that don't tell the truth or the full truth when talking to pollsters.

Some more factors to consider on polling:

Putting that aside I wanted to share a story that is very much unreported and it just so happened to involve Edina.

CNN (don't stop reading) recently conducted a focus group in Edina and featured the story in this video.  They chose Edina because Hennepin County had a disproportionate high number of swing voters between the 2012 and 2016 elections. The video at the top of this CNN article  describes that focus group and results. 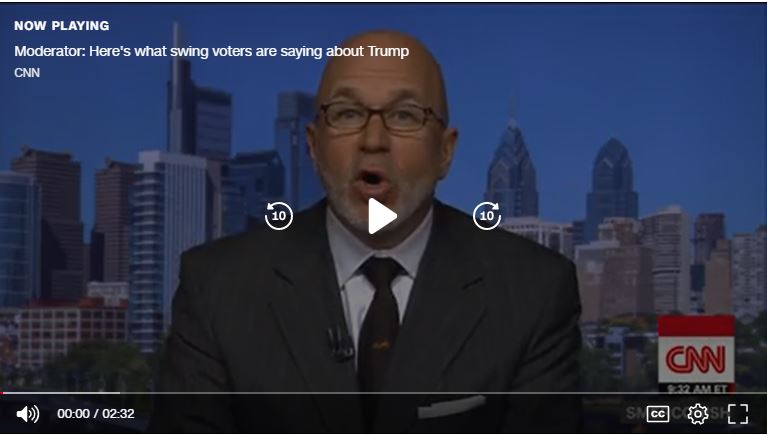 The 11 swing voters in the Edina focus group were more concerned about the economic impact of COVID than the virus itself.

When asked Trump over Biden

They chose Trump because they think the fundamentals of the economy remain strong. They voted for a disrupter and a disrupter is what they got.

Final take away we should keep in mind when talking to other swing voters - When asked what they thought of Joe Biden they responded in the following way.

Make no mistake this Presidential race will not be a blowout for either candidate. The race will be won in the margins in a handful of states.  Think about it, the 2016 Presidential race was decided by 77,744 votes in Pennsylvania, Wisconsin and Michigan out of the roughly 138 million votes cast nationwide.  We have to remind voters that Joe Biden has been in political office for over 40 years.  He's run for President three times.  He's not the solution and in fact is very much the reason for a lot of our problems.

Hang in there, it's going to be a bumpy 96 days till election day.

Don't forget a favorite passage of mine from 2nd Timothy: I fought the good fight. I finished the race. I kept the faith.