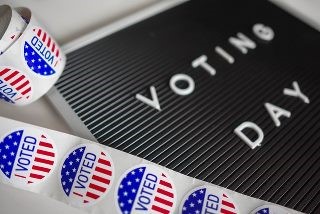 Minnesota is moving its presidential primary up to occur early in March of presidential election years.  Party caucuses will occur only about a week ahead of the primary, rather than several months.  No longer will caucuses be able to attract casual Republicans with the opportunity to vote on a weeknight evening in non-binding straw polls, since the primary vote that counts will take place in day-long polling on the presidential primary day.

North Carolina’s experience with the impact of presidential primaries on party meetings appears to have adjusted expectations for turnout at meetings like caucuses and conventions.  In turn, North Carolina’s party meetings and conventions are more informal and require less upfront preparation, although each county is unique in terms of participation or enthusiasm.   At the same time, grassroots engagement and participation are particular challenges.

Outside of the big cities, North Carolina is politically organized by counties and Congressional Districts.  There are 100 counties in the state, and each of these political units has precincts.  The county in which the Beams live has a little over 30 precincts.  The Republican Party in North Carolina holds precinct caucuses, referred to as precinct meetings, every year in February or March.  As the time for the precinct meetings approaches, the party advertises these local meetings. Beyond that, the precinct chairs are expected to do what they can to turn out Republicans for their meetings.

In the county in which the Beam’s live, between 80 and 130 people turn out for the precinct meetings, more in presidential election years. Each of the precincts generally has less than four participants, but attendance is not limited.  Rather than meeting in separate classrooms, the precincts meet at individual tables, or sometimes two precincts to a table, in a large room like a school cafeteria.

Unlike our weeknight caucuses, the North Carolina precinct meetings are generally held on a Saturday morning.  The county party chair works in the weeks leading up to the party meetings to ensure that there is at least a meeting convener and a candidate for precinct chair ready for the meeting.

The business of each precinct caucus is to elect their precinct chair (and sometimes a vice chair and secretary) and to elect the delegates to the County Convention.  The party rules allocate a minimum of one delegate and one alternate to each precinct to attend the county convention.  In addition, the precincts are allocated additional delegates and alternates based on a formula using the number of registered Republicans in that precinct as of January 31 of each year.  The maximum number of delegates allowed at the county level is the sum of the allocations to the precincts.

The county convention is often held the same Saturday afternoon, in the same school or facility where the precinct meetings are held. The attendees at that morning’s precinct meetings are seated as delegates to the afternoon county convention.  The purpose of the county convention is to conduct County GOP business, seat higher convention delegates, and in odd years, elect the county chair, first vice chair, second vice chair, secretary, and treasurer.  In the Beam’s county, a nominating committee puts forth a slate of candidates.  Nominations are also accepted from the floor at the convention.  The terms of office are two years. Resolutions are also considered at these conventions.

At the County Convention, delegates for the district and state conventions are elected from the pool of county delegates.  Practically speaking, given the total turnout of 80 to 130 people, all of the precinct meeting attendees are “elected” as delegates to the Congressional District, and state conventions.  People that cannot attend the precinct meetings, but notify the county chair in writing of their interest in serving as a delegate, may also be accepted as delegates.  The term of the delegates is one year. The state Plan of Organization allows for alternates when more people have interest in being a delegate than the maximum would allow.

In theory, given the number of county delegates, a large number of delegates might be expected to show up for the Congressional District and state conventions.  Past history indicates that smaller counties often do not meet their maximum allotted number of delegates.  In addition, many of the delegates do not attend. One possible reason -- the party does not endorse candidates prior to primaries.  While this moves the most contentious issues to the public square instead within the party, it lessens the opportunity for the party to influence the selection of the candidates, and it lowers motivation to attend the conventions.