Congratulations to the Republican candidates who scored well enough in their primaries to go on to the general election in November!  In the southwest metro area, Republicans in Senate Districts 49 and 48 and in House District 49A, 49B, and 48B did not face primary challenges.  The primary races that did involve challenges were in House District 48A (Eden Prairie) and Hennepin County District 5 (Bloomington and Eden Prairie)

In House District 48A, Republican-endorsed Mary Shapiro was challenged by Kris Newcomer.  She garnered 80.6% of the Republican vote in the primary. 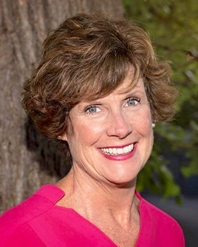 In a six-way race for Hennepin Country District 5 Commissioner, the top two vote recipients were DFL-endorsed Richfield mayor Debbie Goettel and Bloomington Chamber of Commerce President Maureen Scallen Failor (pictured at left), who received a recommendation from the Republican leadership of both Congressional Districts 3 and 5.

Keith Downey, MN GOP Chair, has noted that all of the endorsed Republican candidates in Minnesota prevailed if they were challenged in the August 9 primary for the right to run as a Republican on the November ballot.

The race for Hennepin County Commissioner in District 5 warrants attention.  Six candidates ran for the opportunity to replace retiring commissioner Randy Johnson.  Debbie Goettel, endorsed by the DFL, received 49.9% of the primary vote.  Maureen Scallen Failor, who received a recommendation from the Republican leadership of both Congressional Districts 3 and 5, pulled 26.1%.  It is important to note that the three candidates for Hennepin County Commissioner that responded to our SD49 questionnaire and spoke at our picnic (Maureen Scallen Failor, Bill Reichert, and Andy Moller) together tallied just over 45%.  We now need to join ranks behind Maureen Scallen Failor and fully support her election in November.

While Republican incumbent Chad Anderson was not challenged in his House District 50B primary, two DFL candidates competed to oppose him in the November election.  Andrew Carlson won the chance for a rematch, having lost to Anderson in the special election in February.  This will be an intensely-fought battle for the 50B seat.

In the primary for Associate Supreme Justice that was on our ballots in this primary, Natalie Hudson polled 65.0 % of the vote and Michelle MacDonald garnered 20.5% to go on to the general election.