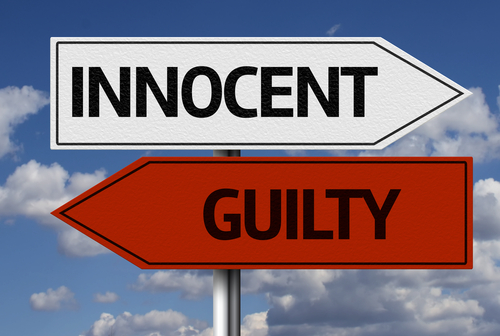 The last several months, beginning with the election of 2016 and culminating in the Kavanaugh confirmation hearings, have made it very plain to even the most casual of observers, that Democrats have adopted the most terrifying set of political behaviors in the last 100 years of American history. With hysterical mobs of screaming protestors in the hallways of the Senate, masked thugs in the streets and a gunman bent on slaughter at a baseball field, the American Left has openly proclaimed that it is willing to abandon even the most basic standards of civilization itself, and return to the days of Lynch Law, to regain its power.

The Kavanaugh hearings exhibited for all to see, that Amy Klobuchar and her fellow Democrats on the Judiciary Committee were perfectly comfortable with the idea that no nominee brought before them could safely rely on any right to the presumption of innocence. In fact, the mere expression of even the flimsiest allegation, without the slightest substantiation or corroboration or evidence, of an offense against any member of any identifiable victim group, was ample justification to demand endless delay, and to slander and smear the nominee beyond any hope of redemption.

When Democrats were challenged by Republicans defending the nominee’s right to due process and the presumption of innocence, they responded with the vapid rationalization that “this is not a criminal trial” so there was no reason for them to respect any such right. From that moment on, the hearings devolved into a ghastly replay of a Stalinist Soviet Show Trial.

The importance of the right of anyone accused of an offense to be assumed innocent until proven guilty, is not simply a minor technicality that can be ignored for temporary political convenience or limited to a formal criminal trial.

For hundreds of years, going back to English Common Law, it has been one of the basic foundations of our understanding of the concept of justice itself. The irrefutable fact that it is logically impossible to prove a negative, forces the burden of proving the accusation on the accuser, because there is nowhere else for it to go. Any serious pursuit of justice is hollow and fraudulent without it.

Remember, if Amy Klobuchar and her Democratic Party can redefine something as fundamental to our concept of justice into a technicality, to be ignored simply because the accusation is presented sincerely and sympathetically, then the protection that it provides us all will be subject to the whim of politicians. And at the end of the day, we all must ask ourselves the ultimate question: “If a nominee to the United States Supreme Court can’t rely on the presumption of innocence, where will I hide when they come for me?”