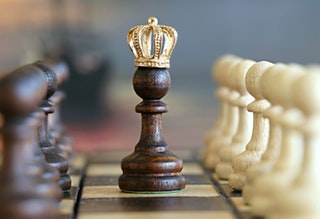 As we begin to see Democrats, one after another, announce themselves as candidates for the endorsement of their party for the Presidency in 2020, we can’t help but recognize an emerging pattern: every one is a self-described "Progressive", or even a "Social Democrat" (whatever sort of hybrid creature that might be?). They incessantly rail against the supposedly awful bureaucratic roll-backs and the 2017 tax cut package as a "give away to the rich". In spite of the fact that these measures accelerated a slow-walked recovery from the 2007 recession, and brought unemployment rates to historic lows. In fact, Democrats seem most painfully offended by the idea that the primary beneficiaries might be the very "protected" groups that they’ve been "helping" for all these decades.

This being the case, what sort of economics can we expect from them should they succeed, and what are the likely effects? Well, they’re already loudly proclaiming exactly what they expect to do. They’re telling us that they’ll remake the world to reduce greenhouse gases, drastically increase income tax rates on anybody who has dared to be too successful, as well as any enterprise that threatens to grow too rapidly. They’re telling us in plain English that they’ll reinstate and multiply every regulation and bureaucratic hinderance to any enterprise that dares to attempt even the slightest innovation. And then they’re telling us that they’ll increase the Federal minimum wage to levels that are completely unrelated to any measure of productivity. In other words, we’re headed right back into the slow growth, low opportunity, high unemployment dirge of the Obama Administration.

If one is prone to be charitable, we might just conclude that "Progressives" just don’t get it. That they’re nice people who are just stunningly inept when it comes to comprehending an economy of the scale, complexity and dynamism as ours.

And most importantly, they don’t understand that the combination of a minimum wage disconnected from productivity, massive welfare programs and ultra-high taxes on enterprises and investors, all eventually result in the creation and maintenance of a permanent underclass. An underclass of completely unemployable workers who will be forever trapped in a state of utter dependence, without the slightest hope of any degree of social mobility. In other words, a new peasantry!

I for one, am not inclined to be so charitable! In the words of the folks out in Silicon Valley, "This is not a bug; it’s a feature!". "Progressivism" being essentially a warmed-over version of the old European trope of "Enlightened Despotism", is a logical outgrowth of European history and a complete rejection of the American idea. As such it assumes the traditional structure of European society composed of a noble and high-minded ruling class at the top, an ignorant and passive peasant class at the bottom and a disruptive and materialistic entrepreneurial class making noise in the raucous middle. In other words, it’s what America would have been had the British won the Revolutionary War.

And right there, are the stakes on the table in these oncoming campaigns. The idea that drove our ancestors to rebellion and emigration: a vibrantly independent citizenry ruling themselves and making their own laws. That idea lives or dies with the upcoming elections. Welcome to the American Counter-Revolution, friends!