Progressives "Playing God": All Government, All the Time

As the Minnesota Legislature continues its work in the current session, the consequences of the catastrophic election of 2018 become clearer for all to see. Senate District 49 is now represented by three “Progressive” DFLers whose hard left “all government, all the time” agenda is revealing itself in grotesque detail.

Take the recent introduction by Senator Franzen of a bill to make Minnesota a “sanctuary state” that forbids cooperation and information sharing by local law enforcement with Federal Immigration authorities. This is a major step down the road to the complete corruption of our electoral system. As more illegal aliens, or “undocumented immigrants” if you will, take fuller advantage of the open door that Senator Franzen intends to provide them, the voter fraud machine that DFL Secretary of State Steve Simon is desperately trying to hide from the courts, will soon have them registered and voting for more DFLers. Not to mention the drastic increases in narcotics trafficking, street crime and social spending that California and other sanctuaries have already come to regret. 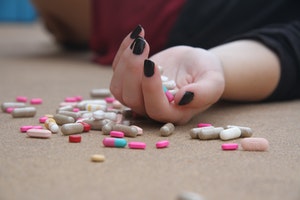 And in the Minnesota House, not to be outdone, on March 7th Representative Heather Edelson from 49A introduced a bill to provide for “End-of-Life” options, or Assisted Suicide for the rest of us unwashed rabble. Almost immediately Representative Steve Elkins from 49B jumped aboard as a co-sponsor. This nasty little intrusion into the privacy of your relationship with your doctor commands him or her to inform you of the opportunity you have to commit suicide, when faced with a prognosis that they estimate will leave you 6 months or less to live. Your doctor must offer you the service of writing you a prescription for a lethal dose of something, and leaving it up to you to either take it or not. And, if your doctor has any qualms about obeying this commandment, he must refer you to another practitioner, who may be any medical professional from a surgeon to a licensed practical nurse, who has no such scruples.

Watching all of this, it’s hard not to put it all together with events on the wider screen of developments in the battles at the other end of human life, in places like New York and Virginia. The unspeakable horror of watching the New York State Senate burst into cheers and wild celebrations at the passage of a law to authorize the murder of a born child rings in our ears like a scream in the night. The ghastly tone of arid detachment that the Governor of the State of Virginia used, standing before the news media, to describe how he would deliver a living baby and then calmly confer with the parents to consider its cold-blooded murder, with all of the emotional feeling of a discussion about treating a sprained ankle.

Make no mistake about it, when “Progressives” get into the issues of immigration and the beginning and ending of human life, they are truly playing God! There are real human lives at stake, with real possible futures to be lived or thrown away. And "DFL Progressives" do it with a level of intellectual detachment and banal routine that should send a chill down the spine of anyone with even a passing acquaintance with history.