Push Back On Leftists' Themes - First in a New Series 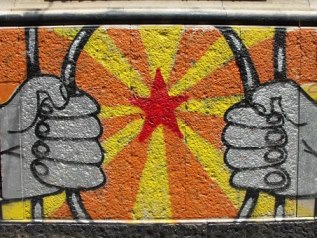 A recent FiveThirtyEight article laying out "The Ideas That Are Reshaping the Democratic Party and America" warrants examination given the rise of "woke" ideology on the left in recent years.

"Many Americans probably don’t know exactly what terms such as anti-racism, 'cancel culture,' 'racial equity,' 'white privilege' and 'systemic racism' mean. And it’s likely even fewer could explain such concepts as 'woke ideology,' 'critical race theory' or 'intersectionality.' But these terms are now regularly invoked by activists, pundits and even some elected officials...resulting in new initiatives and policies from corporations, local and state governments and, with President Biden in office, the federal government too. Many of these policies emanated from concepts like anti-racism and systemic racism that originated in academic or activist circles."

First, it is worthwhile to examine and understand the origins of the political philosophy driving these issues into the national conversation (namely, "critical race theory"). Critical theory originated from the Frankfurt School , a group of Germans applying Marxist concepts to broader social theory. While classical Marxists focus on power structures and oppression through an economic lens (the oppressive "Bourgeoisie" or capitalists/owners of production versus the oppressed "Proletariat" or laborers/workers), critical theorists strive to understand and overcome overall social structures more broadly. One of the lenses is race, or "critical race theory", which has risen to the mainstream in academic thought circles since its introduction in the 1980s.

The core tenets of critical race theory underlie the specific points listed in the FiveThirtyEight article, including "narrative/story-telling", "white privilege/supremacy", and "institutional/systemic racism". You can recognize the Marxist underpinnings when you view "oppression" through the critical race theory lens - the oppressors in this case are caucasians (and/ or the middle class/wealthy in other variants) and the oppressed are people of color and/or the poor. Note that Black Lives Matter co-founder Patrisse Cullors described herself and fellow BLM co-founder Alicia Garza as "trained Marxists".

The political left is driving the Democratic Party and the FiveThirtyEight article highlights ten key ideas that are gaining acceptance as public opinion shifts left. In the last few years some of these ideas have gone from far out of the mainstream to serious consideration.

We are starting to see a legislative agenda (at the state/local AND national level) that promotes these ideas:

• The US is not “exceptional” because it has historically disempowered its women, native and black populations, and thus has never been a "true" democracy.
• White men are especially advantaged in our society.
• People of color suffer from systemic racism, not just individualized or overt acts of racism.
• Capitalism is deeply flawed in favor of the wealthy - the economy should not allow people to accumulate billions of dollars.

• People should be allowed to identify as whatever gender they wish to or not to identify at all
• Women suffer from systemic sexism
• Evidence of a disparity (e.g. underrepresentation in a profession or industry) is de facto evidence of discrimination
• Black Americans deserve reparations
• Law enforcement agencies are designed to defend America’s status quo, so they must be defunded, abolished, disbanded or dramatically changed to improve treatment of people of color and the poor
• Republicans have long used racialized language to demean people of color, and Trump’s racial messages resonated with white people and conservatives because most Americans have a negative view of people of color

While we may agree with some of these concepts to varying degrees (while also noting that history and current events are not as cut and dried a picture as these 10 points attempt to paint), most of the left's proposed legislative "solutions" are nearly impossible to accept. So what can we do?

We can individually do several things, including 1) making our friends and neighbors aware of the issues and proposed solutions, and 2) we can take stands if we do see some of these problems arise - if all politics is local, it should be easiest to help alleviate others' socioeconomic challenges in our own backyards. This also gives us the opportunity to be ambassadors for liberty, equality and capitalism at a personal level.

As a party, we need to point out the pitfalls associated with Democrats' proposed solutions to these problems and have our own set of common-sense solutions. In the battleground of ideas, we must be prepared to counter emotional narratives, especially when discussing legislative action.

Future articles will revisit each of the core "woke" pillars above, to help provide counterpoints to the left's narrative on these issues.