Qualls Calls Out Phillips on Vote for PRO Act 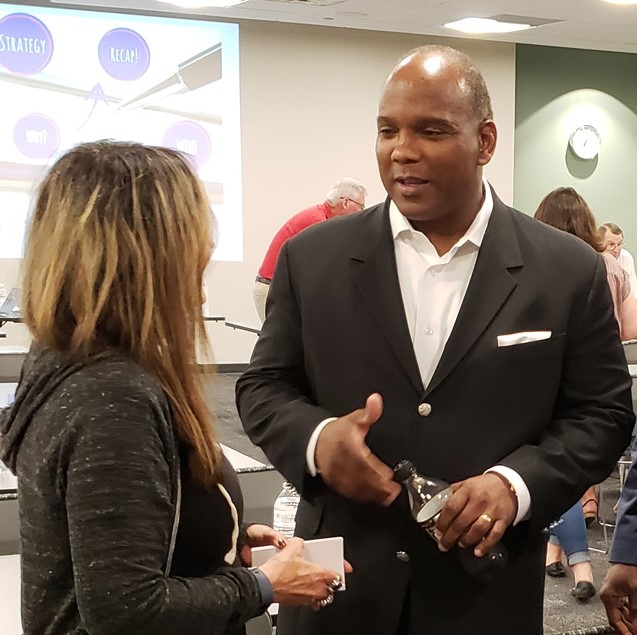 Kendall Qualls has challenged Third District Congressman Dean Phillips on his recent vote in favor of the so-called “PRO Act”, which contains harmful provisions for employers, employees and residents of the Third District.

The Republican candidate in the Third Congressional District, Kendall Qualls pointed out that the "Protecting the Right to Organize Act", or PRO Act, amends the National Labor Relations Act (NLRA) in several important ways. The PRO Act reflects the objectives of unions and their allies which are, in short, to prop up labor unions at the expense of employers and employees.

“Dean Phillips campaigned as a moderate and said he would govern as a moderate, but his vote for Big Labor’s “PRO-Act” shows he’s taking his marching orders from union bosses and Nancy Pelosi. On issue after issue he has aligned himself with the most extreme elements of the Democratic Party,” said Qualls.

“Dean Phillips making appearances at our local chambers of commerce and attempting to pass himself off as a pro-business Democrat is nothing but a facade,” said Qualls. “Once again, Dean’s quotes don’t match his votes,” concluded Qualls.

Passage of the PRO Act will harm employees in a variety of ways.

• It effectively invalidates the Right-to-Work laws of 27 states, which have given workers the freedom to decide whether to join and support a union or not.
• It takes away the right of workers to a secret ballot union election
• it grants union organizers the right to force employers to hand over employee contact information without consent.
• it mandates the state of California’s draconian requirement that make it increasingly harder to hire an independent contractor and led to hundreds of workers losing their jobs. The benefit – employees, not independent contractors, can be unionized.

The American Action Forum recently calculated some of the cost impacts of the PRO Act:

• It significantly changes the classification criteria for independent contractors (ICs) to make it harder to qualify as an IC, despite the fact that fewer than 1 in 10 ICs want to be reclassified. This provision potentially impacts 8.5 percent of the gross domestic product and puts an additional $3.6 billion to $12.1 billion of annual upward cost pressure on employers;
• It expands the number of business arrangements subject to joint-employer liability, which would affect 44 percent of private sector employees. This could lead to $17.2 billion to $33.3 billion in lost annual output for the franchise business sector, and complicate many business-to-business contracts and arrangements, causing particular harm to small businesses;
• It restricts employers from permanently replacing strikers, resulting in over $1.9 billion in total additional annual upward cost pressure.

And Phillips considers this an example of a pro-business measure he supports?