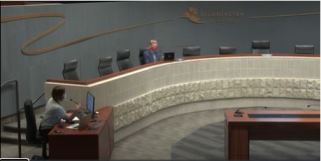 Like so many other Bloomington government meetings the past four months, the City Council decided that it was not appropriate to get together in person in an open public meeting on Monday evening, July 27.

Apparently, it was appropriate to use a video teleconference meeting with no public testimony to move forward on a proposal to fundamentally change the way that city elections should be held from primary/general elections (where a candidate with the most votes progresses or wins)  to Ranked Choice Voting.

The City Council voted 6-1 to put the question to Bloomington voters on this November’s ballot.

Mike Hanks of the Edina, Richfield, Bloomington Sun Current wrote a long article about the council members' comments on RCV during the July 27 council meeting. It is well-worth reading to learn the opinions and positions taken by several of the council members and by the mayor.

Particularly note the comment of Councilmember Nathan Coulter: “I do think that [RCV] has the potential to make things better, and at the very least, I don’t have any reason to think it will make things worse.”  He clearly has not been paying attention to what has happened in Minneapolis.

Rationale to oppose RCV on the Nov ballot:
1. Council Study Sessions has had no actual “study” of how RCV would work in Bloomington. Staff has never done their due diligence in researching and presenting exactly how RCV will work and its cost effects on the city.
2. Residents have repeatedly asked that this ballot initiative be given more time to vet especially during this time of COVID mandates and restrictions. (Council doesn’t believe it’s necessary. Believes residents can walk and chew gum at the same time.)
3. The Charter Commission believed that this was not the appropriate time to put a major change to our voting system on the ballot.
4. The Charter Commission believed that the side against RCV needs to be given enough time to present their case to the public since the City Council has not done their due diligence researching the effects of RCV in city elections and how it will be implemented in Bloomington.
5. The City Council has failed to present the basic reason why this change needs to be taken to the public.
6. The City Council has failed to reach the public with information on what to expect with implementation of RCV. The costs, the procedures, the implementation, the rules. Nothing has been presented. How can we effectively vote on what we don’t understand know?
7. Residents were told that those opposing RCV will have 3 months to present their campaign to the public which should be enough. In reality, a little more than six weeks remain till the early voting begins Sept 18th. Well-funded outside groups have been hammering the council since last summer.
8. No one knows the final ballot question, which won’t be published until later in August. How can the opposition educate adequately within 3 weeks since Sept 18th is early voting?
9. The council said that they believe the electorate is smart enough to make a choice. Even the smartest person doesn’t make a decision with one-sided information.

You are also urged to read the previous articles on RCV that we have posted by scrolling down our News blog and down our Opinion blog.