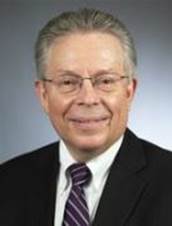 Minnesota House Representative Steve Elkins (D, West Bloomington) led off his “Dear Neighbor” email to his constituents on January 11 with a pledge that he would “continue to advocate for your needs.”  He went on to say that “COVID-19 will continue to play a significant role in how we approach legislating this year, and while we are a split legislature once more I am hopeful that we will be able to accomplish a lot of good.”

He dashed that hope two paragraphs later when he wrote, “please remember that an open Minnesota is a privilege (emphasis added)”

What Gov Walz and Attorney General Ellison have done, with the acquiescence Elkins and other members of the Democrat-controlled Minnesota House, has been to effectively close Minnesota. Their unilateral restrictions have essentially shut down gyms, bars, restaurants, churches, and event centers.  They have denied Minnesotans the opportunity to assemble and to freely practice their religion.  We are appalled that our representative would say publicly that our right to freely assemble and to worship together, guaranteed by the First Amendment to the U.S. Constitution, should rather be considered a privilege, a privilege that can be denied by the Governor and prosecuted by the Attorney General.

Perhaps Representative Elkins should have paid more attention to his Civics lessons.  At a time when less than one out of 2,500 Minnesotans has an active case of COVID-19 (source:  Minnesota Department of Health), there is no justification to continue policies driven by fear and promulgated by fiat rather than by legislative action.

If you are a small business owner that has been arbitrarily shut down or a citizen that cherishes your freedom to assemble or your freedom of religion, we urge you to let Elkins know what they think of his stance.  He can be reached at [email protected], or (651) 296-7803.