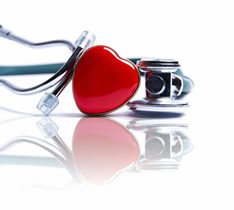 On June 15, the Minnesota Department of Commerce released preliminary rates for the 2019 individual insurance market, revealing that for the second consecutive year, Republican-led reforms have helped reduce or hold flat individual market health insurance rates after years of double-digit increases following the implementation of Obamacare in Minnesota.

All five of the carriers on the individual market are projected to decrease premiums for 2019. The preliminary proposals show average rates dropping between 3% and 12.4% across the five carriers.

House Republicans delivered on the promise to reform Minnesota’s health care system, reversing the skyrocketing premiums seen under Democrat policies—the news about the 2019 preliminary rates confirms that the Republican approach is working and delivering results for Minnesota families.

Some background:
• From 2014-2017, average rates increased by double digits every year, including nearly 60 percent for 2017.
• Thanks to Republican reforms enacted in 2017, individual market rates for 2018 remained flat or were reduced for most Minnesotans on the individual market. The Minnesota Department of Commerce confirmed last year that without Republican reforms, rates would have risen by 20% or more.
• The nationally recognized, Republican-led reforms were supported by just one Democrat  in the Minnesota House. Governor Dayton refused to sign the measure, opting to let it become law without his signature.
• Republicans also pushed for and successfully passed other key reforms to increase the number of health care options for Minnesotans by expanding agriculture co-op plans, and allowing more insurers into the market, a move that is already paying dividends for seniors on Medicare and employees. Democrats pushed unsuccessfully during the 2018 session to eliminate these health plan options.
• House Republicans also successfully passed a nation-leading reform in 2017 that ensured Minnesotans would have greater access to more doctors by requiring that plans on the individual market provide in-network access to more than one provider system, reversing the trend towards narrower networks.