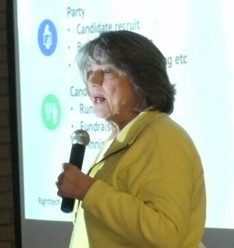 As the 2018 political campaigns progressed, Lisa and Klaus Schneegans became increasingly aware of the technological advantage DFL candidates had. From raising funds to finding volunteers and reaching potential voters, good Republican candidates were not utilizing the array of digital campaign tools that the Democrats had in their arsenal.

WIRED magazine wrote about this development immediately prior to last November's election.  "A startup called Tuesday Company is working on 70 races in collaboration with the Democratic Congressional Campaign Committee. Its app, Team, lets volunteers see which of their friends a campaign wants to reach. Users upload their contact lists, and campaigns compare those lists to their own voter files. Then, users can send personalized text messages to the people selected by the campaign."

The Schneegans soon determined that those tools were simply not available to Republicans. Since 2016, Democratic donors and Silicon Valley supports were spending millions of dollars to develop digital applications specifically for left-leaning candidates from presidential contenders down to local office seekers. Early in 2019, Lisa and Klaus Schneegans founded Right Tech here in Minnesota to address this imbalance.

As part of Senate District 49’s monthly program series, Lisa Schneegans examined why so many compelling Republican candidates were defeated by very similar margins across the Twin Cities metropolitan area. While they were significantly outspent, more importantly, they were likely working at a technological disadvantage. With the assistance of her husband, Klaus, Lisa made clear that the on-line tools and digital techniques employed in DFL political campaigns are rapidly growing, and Republicans are not keeping up.

Minnesota Republicans were not alone. Nationwide, Republicans lost 300 state house seats in 2018. Lisa provided graphical evidence that application of the array of tools by the Democrats correlated closely with strong turnout by their supporters in campaign rallies and by their voters in the election. The tools are clearly working! 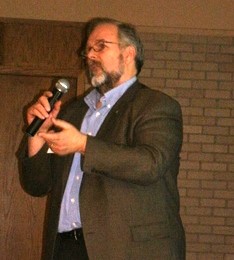 As the Wired article further explained: "By encouraging volunteers to text people they actually know, Team's creators believe they can more effectively cut through the noise before Election Day. (That includes the noise generated by all the other peer-to-peer texting apps that have exploded in popularity this cycle—some with serious privacy and security issues)."

In another piece appearing in a November edition of Campaigns & Elections, "A big story for Democrats in the aftermath of this midterm will be how well their new platforms performed, some of which came out of their side’s tech incubator infrastructure. The Tuesday Company’s Team app, a platform that got a DCCC contract after it received funding and support from incubator Higher Ground Labs, noted that text was the most popular channel for its volunteers."

In founding the Right Tech Political Action Committee, Lisa and Klaus are committed to develop and provide to Republican candidates the election-related technology that the Dems have increasingly at their disposal. They talked about what Right Tech PAC can do to level the digital playfield for conservative candidates, and what we can do to support them. Financial donations are clearly important, but volunteers willing to employ their tools on Republican campaigns are also needed.

If you wish to donate to Right Tech or if you are tech-savvy and willing to try out new digital technology in support of local candidates, please reply to this newsletter and we will put you in touch with the Right Tech PAC.