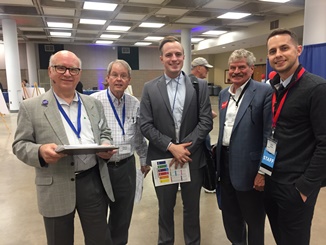 The delegation from Senate District 49 was strong and actively engaged in last weekend’s convention. Twenty-six (26) delegates and 17 alternates attended, with all getting time on the convention floor. Several SD49 delegates also filled volunteer roles for Registration, Tellers and Staff support during the convention. 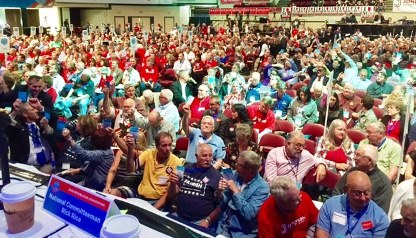 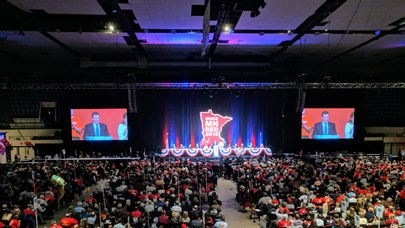 Large screens on either side of the center stage ensured that all attending had excellent views of those speaking.

The convention Co-Chairs, Sen. Michelle Benson and Rep. Jim Nash set the tone and kept the formal processes moving promptly throughout the weekend. Sen. Benson’s opening remarks centered on “A little kindness goes a long ways.” And she reminded all to be forgiving of other delegates, candidates & their families, especially in these days of social media. Rep. Nash’s greeting: “Thank-you, proud taxpayers,” concluded with “I’m sure you could be just as proud for half the taxes.” Both were recognized with an ovation of thanks as the convention wrapped up. 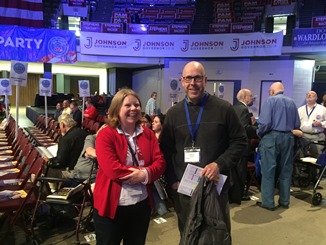 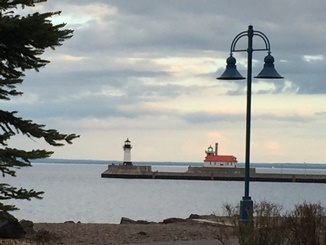 Many attendees brought along family who were able to enjoy a mini-vacation sightseeing in the area, despite near-record cool temperatures.

Co-chairs Wayne Wenger and Randy Sutter were appreciative of the positive attitude and the general willingness of participants to share the opportunity to be involved and vote in many of the endorsement contests.