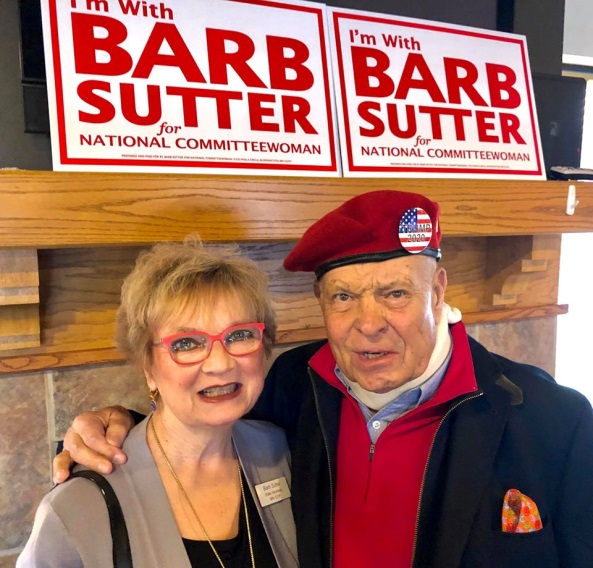 SD49's own Barbara Sutter, MN GOP Secretary and former SD49 GOP Co-Chair, announced on March 2 that she is running for Republican National Committeewoman from Minnesota.

In her announcement letter, Barb Sutter said, “I’ve had the pleasure of joining the Minnesota Delegation at several RNC Meetings over the past year. I’ve had the opportunity to meet our fellow RNC Chairmen, Committee members and RNC staff, and have enjoyed helping build our party nationally. I’m particularly proud of working on RNC staff coming here to support our Affiliate activities, which is a first for us!

“I intend to bring the same energy to this new role, and I believe that I can continue growing the value of the position. I want to leverage the national exposure we’ve had, to bring more resources to Minnesota.

“Together, our priority over the next eight months is 1) delivering our state’s 10 electoral votes to President Trump, 2) winning congressional seats, 3) holding the majority in the MN Senate, and 4) winning back the MN House.  Through my time in this party, I feel confident that I can help the team work effectively to do just that.”

The National Committeewoman is a volunteer position, with only certain expenses reimbursed.  The election will be held at the MN GOP State Central meeting on May 15 in Rochester.  It is a four-year term, roughly concurrent with the presidential term in office.  The newly elected Committeewoman will officially take over her duties from her predecessor immediately after the Republican National Convention in August.