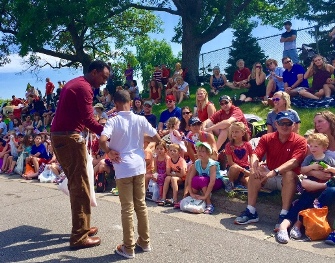 July 4th proved to be a beautiful day for a parade in Edina.  The traditional parade celebrated veterans, local politicians, and community organizations.  Two dozen energetic members and friends of Senate District 49 represented our local Republican Party in grand style.

Vince Riehm choreographed the bearers of the SD49 banner at the front of our procession.  Carol Kerr and John Ward lent a touch of elegance to our delegation with their vintage convertibles.  Carol’s iconic inflatable elephant rode perched on her car, while Guled, Liban, and Amar Hirsi held up posters from the passenger seats of John Ward’s red Mustang.

MN Attorney General candidate Harry Niska and Congressional candidate Frank Drake joined us in our mile walk.  Adding to the high energy of our delegation, Ben Baribault drove a go-cart that he designed, built, and decorated himself.  Alex Fink joined with his decked-out scooter.

Thanks to Nancy Carlson, Carol Kerr, and friends for hosting us to Root Beer floats and Rice Krispy bars at the conclusion of the parade.

Watch a quick video with some photo highlights

And see More photos below 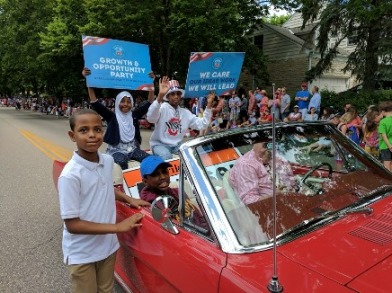 Pictured from left in front: Ayuub Hirsi, Guled Hirsi, and John Ward.  In back, Amar Hirsi and Liban Hirsi. 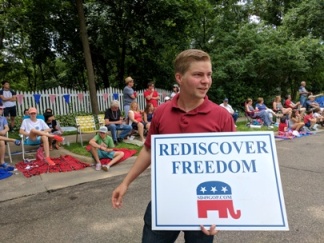 Ben Baribault drove a go-cart that he designed, built, and decorated himself.  Alex Fink joined with his decked-out scooter. 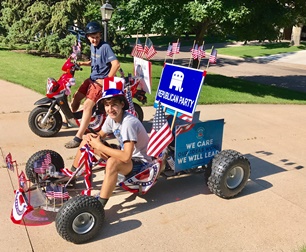