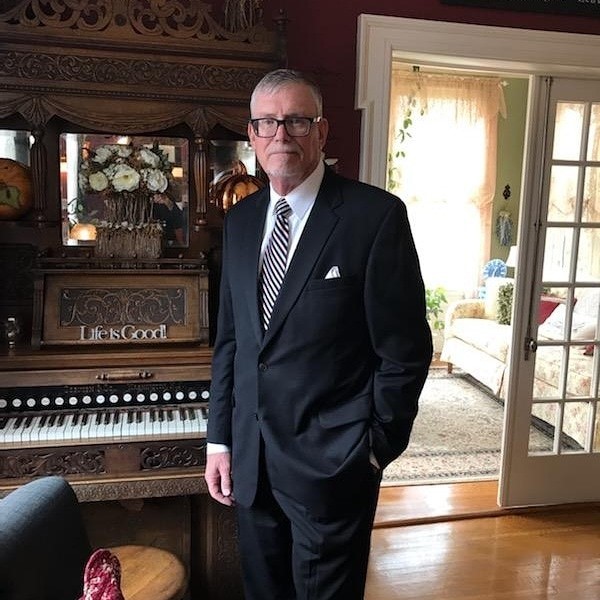 Dean Mumbleau, from Richfield, was recently endorsed by the Senate District 50 Republicans as their candidate for the MN Senate. His campaign website is www.deanforminnesotasenate.com We asked him to tell us about himself  & his reasons for running.

My name is Dean Mumbleau. I am the Republican candidate for the Minnesota Senate District 50. My wife Margie and I have resided in Richfield since the fall of 2008. Between the two of us, we have five children and two grandchildren. I'm in this race because I am concerned about the state's continuous move towards socialism.

I'm also very concerned about the lawlessness that we've experienced over the last several months, where large groups of individuals were allowed to riot, burn, and pillage with silent approval from our Democrat leaders. I'm against the pandering and silent support of these violent groups, such as Antifa.

I'm also against the removal of our historical monuments by criminal acts of a few individuals, here again with the silent approval from our Democrat leaders. These monuments belong to all of us, and if removed, it should be by the proper method.

I consider myself a constitutionalist, I'm a Conservative, Pro-business, pro-police, pro-life and pro-gun rights, and I'm without doubt your pro-law and order candidate.

My vision of what the Republican Party should project during this election year is to be the party that is color blind and inclusive, a voice for equality and freedom for everyone. We need to promote safe neighborhoods, faith, and family, Jobs, education, health care, and effective police reform.

Why do we continue to tax social security benefits? Why would we tax our lowest-income senior citizens? 37 States have decided that taxing Social Security is not the right thing to do, and I want Minnesota to be one of those states. My opponent still supports the taxing of Social Security.

We need to pass more legislation regarding senior care. What has happened to our seniors during this COVID19 lockdown is appalling and not acceptable. 80% of the deaths from COVID19 were senior citizens locked down in nursing homes, assisted living, and memory facilities, all isolated from their families, many left to die without the ability to say goodbye to their loved ones.

I am against Ranked Choice Voting, which to me, is nothing more than voter manipulation

I'm very concerned about welfare fraud, especially regarding a recent audit report on the CCAP Child Care Assistance Program, where this fiasco cost the taxpayers 5-6 million dollars. To my knowledge, no one was held accountable. Those 5-6 million dollars could have helped hundreds of our poor and underprivileged children; instead, it was wasted on a scam.

To give you a little background of myself, I began my first career in the mid-1970s serving as a senior patrol officer for the Sherburne County Sheriffs Dept until the late 1980s. I am also the holder of two US patents and have owned and operated several businesses throughout my career. From 2006 to 2015, I was the president of a local state-chartered commercial bank located in St. Louis Park.

If elected, I will represent all of the people of my district to the best of my ability, keeping the needs and interests of my constituents at the forefront of every decision I make. I will take a proactive and engaging role in working with the other legislators regardless of party affiliation to make the government work for the people instead of the gridlock experienced over the last several years.

I am a Constitutionalist, Fiscally conservative, pro-business, Pro-police and pro-gun rights.