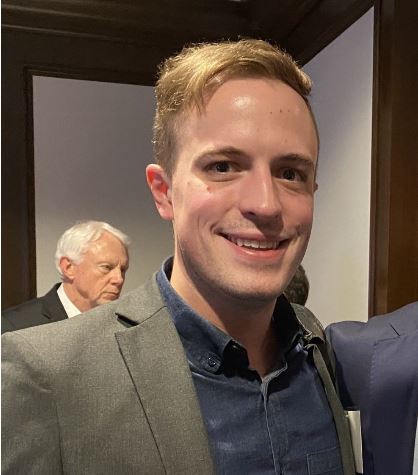 Max Rymer, now from SD50 and who was the 2016 Republican-endorsed candidate for House District 49B, is running for Republican National Committeeman from Minnesota.

The current National Committeeman, Rick Rice, is not seeking re-election after serving for four years. No one else has yet made public their intent to run for that position.

In his announcement letter, Max Rymer said, “The role of Committeeman, as I see it, is to help bolster the relationship between the state party and Republican Party leadership in DC. Minnesota, year after year, presents a golden opportunity to get our candidates elected up and down the ballot. We need to help Washington take notice and invest in our races. That is what I will help do and am uniquely positioned to do. Furthermore, the Committeeman must assist the chair in fundraising and attracting financial resources to flow into the party. As a business owner and guy who’s used to closing deals, I will help make that happen.”

More about Max can be found on his website.

The National Committeeman is a volunteer position, with only certain expenses reimbursed. The election will be held at the MN GOP State Central meeting on May 15 in Rochester. It is a four-year term, roughly concurrent with the presidential term in office. The newly elected Committeeman will officially take over his duties from his predecessor immediately after the Republican National Convention in August.