The Senate District 49 Dinner Program on September 26 will explore Partisan Politics and White Privilege in the Edina School System. 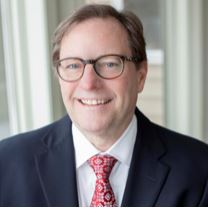 Edina is one of the more prestigious addresses in Minnesota.  Its residents are largely middle class, if not upper middle class.  They are largely well-educated and socially liberal in their outlook.  Yet, judging by some of the curricular offerings, many parents in Edina are raising children with a racial bias and a lack of social sensitivity.

Our program speaker, John Hinderaker, recently posted that left-wing politics is permeating the halls and classrooms of Edina High School.  In it, he revealed that 80 Edina High School teachers signed what amounted to "a left-wing political manifesto" following the election of Donald Trump as president. Since then, parents and students at Edina High School have stepped forward to provide more evidence of the extent to which leftist ideology has invaded the Edina school system, even down to the kindergarten level.

John Hinderaker became President of the Center of the American Experiment in 2015 after 41 years as a litigator.  John has co-authored several papers published by the Center and has served on the organization’s Board of Directors. John was Chairman of the Center’s board in 1998-2000.

John is also a respected commentator and long-time activist. He founded the web site Power Line in 2002 and has been a prominent voice on the internet and elsewhere. He has appeared as a commentator on NBC, CBS, Fox News, CNN and CNBC and is a frequent guest and guest host on national radio programs. John has lectured at Dartmouth College, Harvard Law School, Carleton College and the University of Minnesota.

Come for some informal socializing at 6pm.  A catered dinner will be available starting at 6:30pm.  Or just the program at 7 pm.  Please RSVP by clinking on "Buy Tickets" below to assist us in planning for this event.