Shooting Victims in Minneapolis Had Volunteered for Lacy Johnson 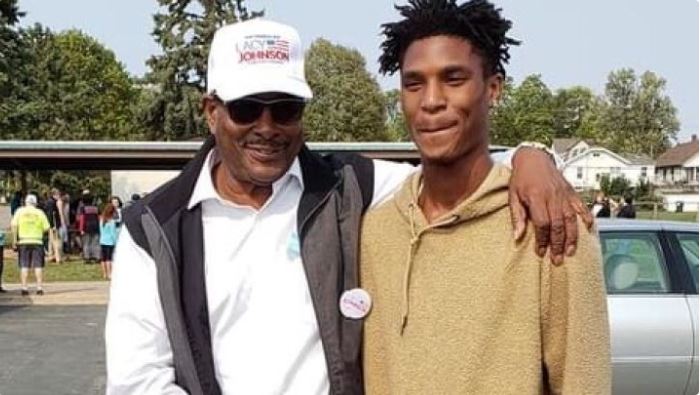 Andre Conley, a 17-year-old Patrick Henry High School student (standing on the right in the picture) who had worked for Lacy Johnson’s campaign, was shot and killed in an attack outside a gas station/convenience store on Minneapolis’ north side on Monday, September 14. A second campaign volunteer, Andre Kelley, was wounded in the attack.

Police reported the two were approached on foot by the assailant. Lacy Johnson released a statement saying that the attack didn’t appear to have anything to do with politics, but he suspended campaign activities out of respect for Conley and the other victim.

“It is shocking and unnecessary acts of violence like this that prove why change is needed now more than ever in our community,” Johnson said. Conly was the 59th homicide victim of the year in Minneapolis.

Entering his senior year, Conley was a great basketball play who also worked for Johnson as an intern.

A suspect in the killing was arrested on Thursday after he fled police the wrong way on I-394, then heading north on Hwy 169. In Plymouth, he cut through yards before crashing. No motive for the shootings has been released.