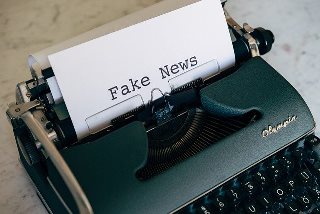 On the front page of today’s (9/23) edition, the Star Tribune chose to run an article entitled, “GOP ballot includes 6 endorsing a fiction.” We are compelled to point out that Stephen Montemayor’s article itself includes false statements, suppositions, and inflammatory language that he attempted to pass off as facts.

Montemayor assumed that all Republican candidates running for the House and Senate are endorsed. A false assumption. The first candidate cited in the article was not endorsed by the Republican Party.

Montemayor determined that the last candidate mentioned in his article was guilty because he included one sentence in a video statement. The candidate closed his statement by saying, “A lot of people, I suspect, are going to be coming in off the sidelines and voting for the first time, possibly in a long time. So please get involved. Make sure you’re registered to vote. And vote November 3rd like your life depends on it. We are seeking truth and justice, and where we go one, we go all.”

This candidate was never contacted by Montemayor for his story. The candidate does not believe that Satanists and pedophiles run the government. He does not seek to inspire terrorism or violence; in fact, just the opposite. He has never expressed support for QAnon online or encouraged others to join them. Yet the candidate’s last sentence appears to be enough to qualify him, at least in Montemayor's world, as a promoter of the QAnon conspiracy theory.

Let’s put this big ta doo into perspective. Montemayor raises an alarm that six out of 201 seats in the MN House and Senate might be won by people that visit the QAnon website. His DFL sources must truly be concerned that 3% of their colleagues might replicate the kind of rude behavior that DFL candidate John Thompson demonstrated in Hugo.

Montemayor goes on to state that “State Democratic officials have expressed alarm at the prospect that any of the Republicans linked to QAnon could be elected.” What exactly does “linked to QAnon” mean?

Is the Star Tribune suggesting that it is dangerous to cite media sources that might include false statements, suppositions, and inflammatory language?

The Star Tribune should look in the mirror.