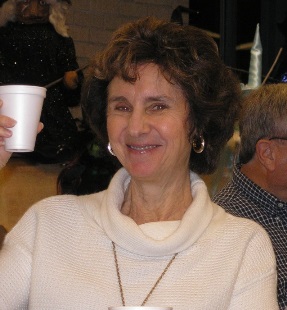 At the end of last year, the Star Tribune ranked the articles that appeared in 2020 in its Opinion section , based on input from its online readership. The piece that ranked the highest was “Racial justice: The new religion?” by Katherine Kersten.

The article on “social justice” as the new religion garnered extensive national attention—it was featured on Tucker Carlson’s show and Fox and Friends, highlighted on Real Clear Politics, and discussed on numerous national radio talk shows.

Kersten is a writer, attorney, and Senior Policy Fellow at Center of the American Experiment. The Star Tribune ranked at #4 a counterpoint article, “I am a racist. So is Katherine Kersten. She can’t admit it,” by Jack Nelson-Pallmeyer. A weak counterpoint to Kersten’s article, it confirmed, likely unintentionally, her thesis. Another of Katherine’s opinion pieces, “Minneapolis must recover from its pandemic of fear,” came in at sixth most-read.

In her top-ranking article, Katherine Kersten observes that this past year, “a movement that condemns America as ‘systemically racist’ has convulsed our public consciousness.” Very quickly, education, business, media, nonprofit and entertainment institutions have fallen in line, “issuing statements declaring their virtue and right thinking.”

“This movement elevates passion over reason and dogma over data. It contemptuously rejects, and attempts to silence, calls for objective analysis as self-evidently racist.”

Kersten goes on to call out the movement’s beliefs (police tactics are worse than Black-on-Black violence, whites are inevitably racist, intolerance of other opinions, and adherents possess a higher truth that must be imposed on others). She notes that the movement has taken on aspects of the Puritan era of our nation’s earliest religious zealots. Their ultimate goal is to create a new society in their own image.

Katherine Kersten continues to write compelling articles that critically look at what is happening around us. Watch for an upcoming piece in “Thinking Minnesota” magazine that will expose racialist curricula in our state’s K-12 schools, strongly influenced by Black Lives Matter. It will be followed by another that will cover the “woke” ideology of Minnesota’s proposed Social Studies Standards (see the related article on our website “School Civics Standards For This Decade” written by Rep. Michelle Fischbach).