The Star Tribune graphic article, “The siege, evacuation and destruction of a Minneapolis police station”, is a well-researched timeline of how to lose control of public order to mob violence, and the destruction that results.  The authors rightly describe it as “an event unprecedented in modern American history.”

The following is a brief summary.  The whole article is well-worth reading. 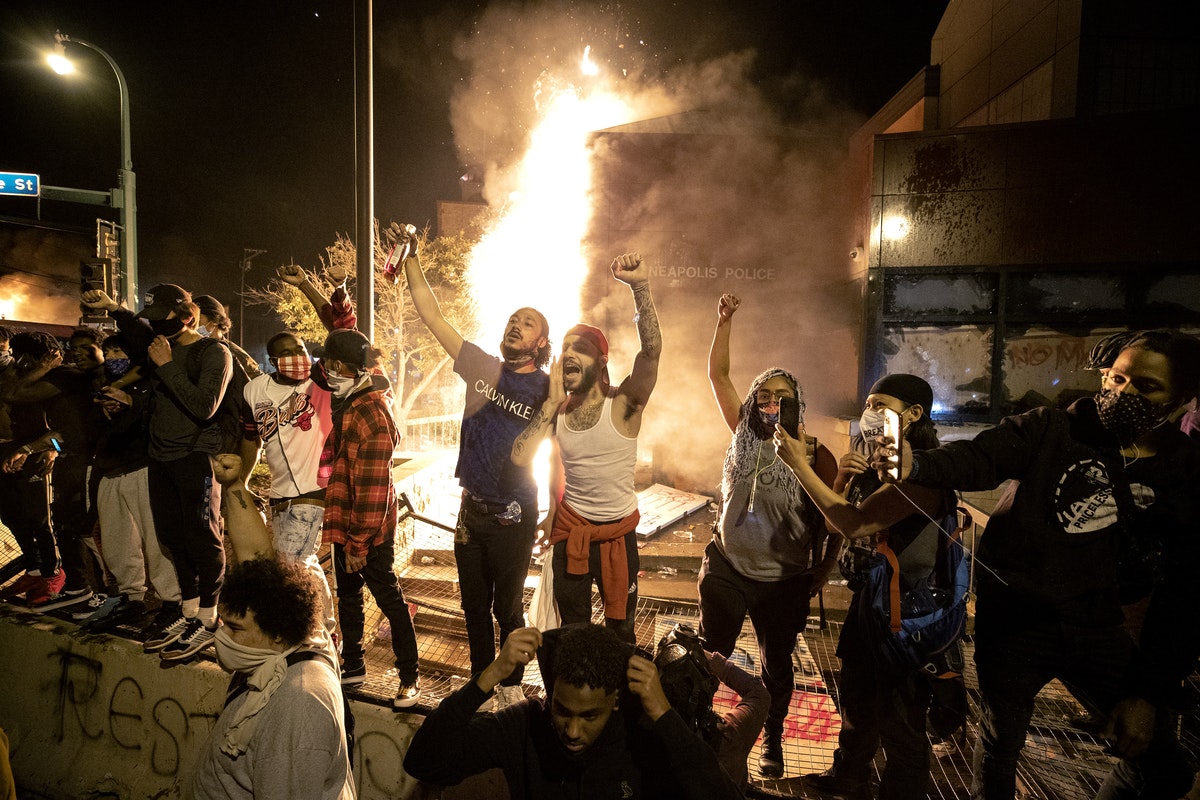 Protesters outside the Third Precinct as it burns. Photo by Carlos Gonzalez.

Tues, May 26, 5 pm – Protesters march from Cup Foods to the Third Precinct

Wed, May 27, 2 pm – Gov Tim Walz thanks the protesters, “It’s how people express their pain, process tragedy and work to create change.”

Wed, May 27, 6:23 pm – The looting of the nearby Target store prompts Chief Medaria Arradondo to call Mayor Jacob Frey to request assistance from the National Guard.

Wed, May 27, 6:29 pm – Frey calls Walz and requests assistance from the Minnesota National Guard.  Frey said Walz “did not say yes.  He said he would consider it.”

Thurs, May 28, 10:55 am – More than 16 hours after his verbal request, Frey sends Walz a written request for the Minnesota National Guard.

Thurs, May 28, 5:47 pm – Chief Arradondo receives an email from the state indicating that the state is still trying to figure out what the city is doing, and what it needs.

Thurs, May 28, 9:32 pm –Frey gives the order to evacuate the Third Precinct. Frey says that Walz did not disagree with the strategy at any point.

Thurs, May 28, 10:00 pm – The Minnesota National Guard has 90 soldiers in the Twin Cities to help with its mission of assisting Minneapolis firefighters, St. Paul infrastructure and the Capitol Complex.  Eighty State Troopers are sent to Nicollet Mall.  None have been sent to the Third Precinct.

Fri, May 29, after midnight – Walz gives the order to have law enforcement clear the Lake Street area and reclaim the Third Precinct.

The city estimates it will cost $10 million to restore the Third Precinct.