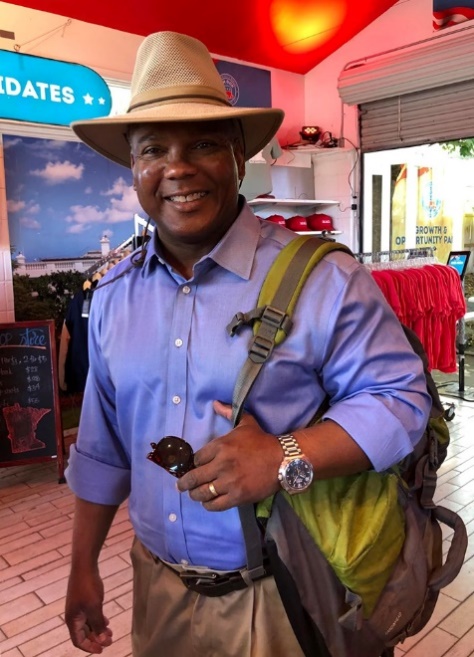 The MN GOP booth at the State Fair was a hit! Enthusiastic crowds of fair visitors from all over the state streamed into the booth, rain or shine. A number of volunteers worked with a few MN GOP regulars to help with registering voters, selling popular Trump merchandise, or taking pictures.

Jason Lewis announced his candidacy for Senate from the MN GOP Booth. Rob Barnett, also campaigning for Senate from a booth around the corner, was a frequent visitor. Kendall Qualls, pictured at left, candidate for Congress in CD3, spent time over three days talking with voters. 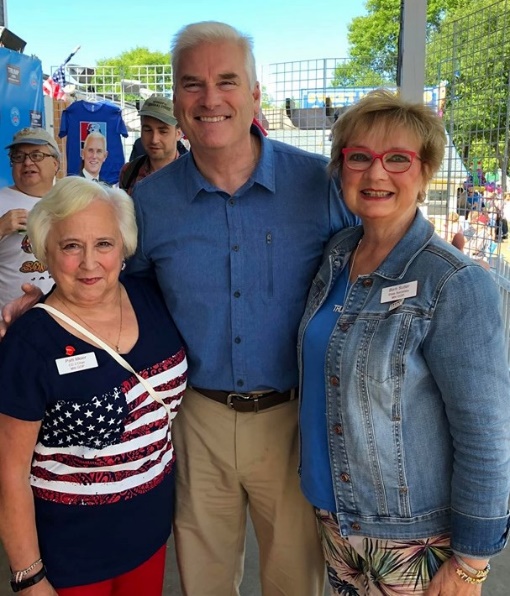 The booth was also a frequent stop for national and state legislators. Congressman Tom Emmer, right, standing with State Party Secretary Barbara Sutter and Congressional District 3 Chair Patti Meier, was the highlight one day. Republican leaders at the State Capital dropped by to talk with fair-attendees. The reception overall was genuinely positive. It was, however, marred August 23 by a blatant assault that really reflects the difficulty our opponents have in conducting civil discourse.

A sincere thanks to all who tirelessly worked to make the MN GOP Booth an exciting place to be at the State Fair!