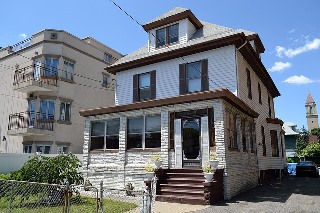 The Newsletter has run articles in September and October explaining Rep. Steve Elkins’ bill in the state legislature. I hope Bloomington citizens pay attention and start asking their city council members about this bill.

The bill itself is sweeping. Among other things, it would remove Bloomington’s power to zone a neighborhood for single family residences; force fast track processing of multi-family (including apartment) high density housing; and use the profit motive to almost guarantee builders would be scrambling to build higher density housing. It also provides a guarantee that property owners could build solar power, which means they could use the law to force neighbors to cut trees which shaded their roofs (where most solar power installations go).

Elkins’ own letter to constituents cites several articles he wrote or contributed to. In those articles he makes it clear that he believes single-family zoning is racist and has to be eliminated for that reason.

Elkins’ bill and his arrogant, elitist attitude endangers our right to live in the kind of neighborhood we please. If we wanted to live in a densely populated neighborhood, my wife and I would have stayed in Minneapolis. We love our single-family neighborhood and the home we built ourselves twenty-one years ago. Speaking for myself, I don’t need Rep. Elkins to lecture me about my supposed racism because I want to live that way.

Elkins has supported and does support city councilman Nathan Coulter,  running for re-election this year (and also Shawn Nelson whose term ends in 2023). He has contributed to the campaign of Lona Dallesandro (running to replace Councilman Baloga) who in turn served on Coulter’s campaign. Coulter, Nelson, Mayor Busse and at-large representative Jenna Carter seem to form a tight majority on our council, support one another’s campaigns, and apparently are in ideological agreement with Steve Elkins.

This council in-crowd of cool kids needs to be asked straight up if they support the Elkins bill. And if they deny it, asked if the City is going to actively oppose it in the next legislative session. Candidates this year also need to be asked where they stand on the Awful Elkins Bill.