The Cost of Socialism: Money Grows on Trees Edition

We generally do not report on national issues, but this was too telling to pass up. Brian Riedl of the Manhattan Institute has tallied up the full cost of recent proposals by politicians to provide “free” services to the American people: 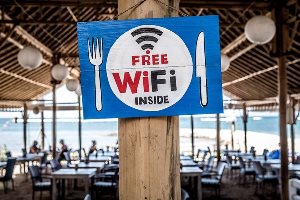 The total price tag is approximately $42.5 trillion just over the next decade. This would take virtually all of the currently projected $44 trillion in revenue that Washington will take in over the same decade. Riedl notes that the 30-year projected tab is even more staggering: these new proposals will cost $218 trillion.

We are told, of course, that all of this is affordable if we demand more taxes from corporations and the richest 1 percent. Consider this: Federal spending alone now typically ranges between 18 and 22 percent of GDP *. With these new programs, Federal spending would immediately soar past 40 percent of GDP on its way to nearly 50 percent within three decades. When Reidl includes state and local government spending, we get to 60 percent of GDP -- exceeding the current spending level of every country in Europe.

* Gross Domestic Product (GDP) is one of the most widely used measures of an economy's output or production. It is defined as the total value of goods and services produced within a country's borders in a specific time period.

Thanks to the American Legion Magazine, October 2018 edition, for this information