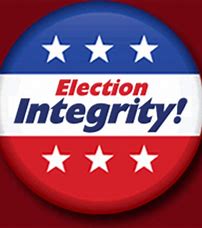 Last Monday, while many of us technological Neanderthals who still can’t bring ourselves to E-File were standing in line at the Post Office, the Minnesota Court of Appeals in Saint Paul handed down the latest decision in the seemingly endless saga of Cilek v. Office of Minnesota Secretary of State. To the amazement of just about nobody, the three judge panel unanimously “Affirmed” the decision of the Ramsey County District Court in July 2018, ordering the Secretary of State to comply with the request from the Minnesota Voters Alliance, for the public records from the election of 2016.

In a sharp rebuke to the Secretary of State, the Court said that the law he was citing to refuse the request, didn’t classify the information as non-public and didn’t allow him the discretion to keep it from the public!

Immediately, the Secretary of State’s office blurted out a press release full of vacuous and sanctimonious rationalizations about “protecting the privacy rights of voters” and opposing those who “seek to suppress the votes of thousands of eligible voters”, although no one has ever bothered to explain just exactly how anyone might be “suppressed” by the Secretary of State’s office being compelled to obey the law.

Ok, so let’s get this straight. Secretary of State Steve Simon isn’t ignorant about the law, and he most certainly isn’t without competent legal advice. And yet he insists on pushing this totally groundless effort, to deny the MVA the data that everybody knows is public, all the way to the Minnesota Supreme Court….Really????

Well, as you dig through all the insufferable detail, the real issue begins to emerge. It seems that there are two distinct data sets in question, and the one that the Secretary of State insists on keeping hidden, is the data set that includes the “Status” of each voter’s eligibility. In other words, it’s the description of each of those who voted, and whose votes were duly counted, as “Active”, “Inactive”, “Challenged”, “Deceased”, etc.

Now, Steve Simon knows what’s in that data better than anybody in State government, and to spend all this time and effort on a hopeless crusade to keep it hidden, tells anyone how terrified he is to let the public see it. He knows full well that when all of the Same-Day registrants whose addresses can’t be verified, the voters who had two voting records for the same election, the voters whose Social Security numbers don’t appear in the SSA data base, and all of the other “Challenged” voters whose votes have already been counted, are all totaled up, there’s going to be a collective gasp as the staggering magnitude of the cynical fraud is finally uncovered.

Note that this comes at a time when the DFL-controlled House is pushing a number of election “reforms”, including dropping the limitation on the number of voters an individual can assist in casting a ballot (HF0094), automatic voter registration (HF0045), and compelling landlords to distribute voter registration information (HF0979). All of these ultimately rely on the integrity of the registration and voting system in ensuring that only eligible individuals vote. Secretary Simon is asserting that only his office should be allowed to audit the compliance of the registration and voting systems for which he and his office are responsible.

The failures of the Dayton and Walz administrations to effectively audit the Child Care Assistance Program and to uncover the widespread fraud found by the Office of the Legislative Auditor reinforces the need for access by the public to the data on voter eligibility status. Should the Minnesota Voters Alliance somehow lose this case, and the eligibility data remains hidden, Minnesotans may never be able to trust that their elections are free, fair, and clean.