The Mess at DHS: Lack of Accountability at Department of Human Services 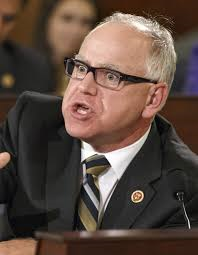 In the first two years of the Walz administration, the Minnesota Department of Human Services (DHS) has been rocked by one revelation after another about mismanagement and the misuse of state and federal funding.

Through it all, Gov Walz has remained silent about who has been responsible. Nor has he made changes to restore accountability. It may be that the incredible rot in DHS is left-over from the Mark Dayton administration, but there is no evidence that Walz is moving decisively to clean it up.

The DHS is an $18.5 billion state agency that makes up a third of the state’s budget, and employs 7,300 people. In a quick review of some of what has become public:

In 2018, KMSP-TV reports alleged that fraud in the Minnesota Child Care Assistance Program ran as high as $100 million annually. Partly citing unidentified sources, the reports said state and federal agents had tracked some of the money overseas, and that they believed some of the cash was likely being skimmed by terrorist groups.

In early July 2019, Deputy Commissioners Chuck Johnson and Claire Wilson announced they were stepping down. About a week later, DHS Commissioner Tony Lourey suddenly resigned after several months on the job. Soon after, Johnson and Wilson retracted their resignations.

Last fall, we learned that at least $29 million in excess payments were sent by the DHS to the White Earth Nation and Leech Lake Band of Ojibwe tribes. The money, paid out of federal Medicaid funds, went to pay for dosages of a drug that addicted patients took at home rather than in a clinic setting. The overpayments resulted from the state’s decision to pay the tribes what’s called the “encounter rate” — $455 per day — as if there was an actual face-to-face encounter between a patient and staff at a clinic. The Legislative Auditor testified that federal rules on the encounter rate are very clear: “No encounter, no encounter-rate.” Nevertheless, the state agents that oversaw the program for DHS repeatedly told the tribes that it was an allowed reimbursement.

In November, the Star Tribune reported that the DHS broke the law on contracts, committing millions of dollars without approval. Internal DHS documents pointed to more than 200 violations of state contract law in 2019.

The DHS has its own internal auditor. Up until March 2019, the Inspector General was Carolyn Ham. AlphaNews reported that Ham was placed on administrative leave shortly after the Office of the Legislative Auditor released a report exposing her passive role in the Child Care Assistance Program (CCAP) fraud scandal.

These examples may only be the tip of the iceberg at the DHS. The extent of mismanagement, perhaps even fraud, may never be known. What is clear is that Gov Walz is not interested in true transparency in ferreting out the causes of the waste of millions of dollars.