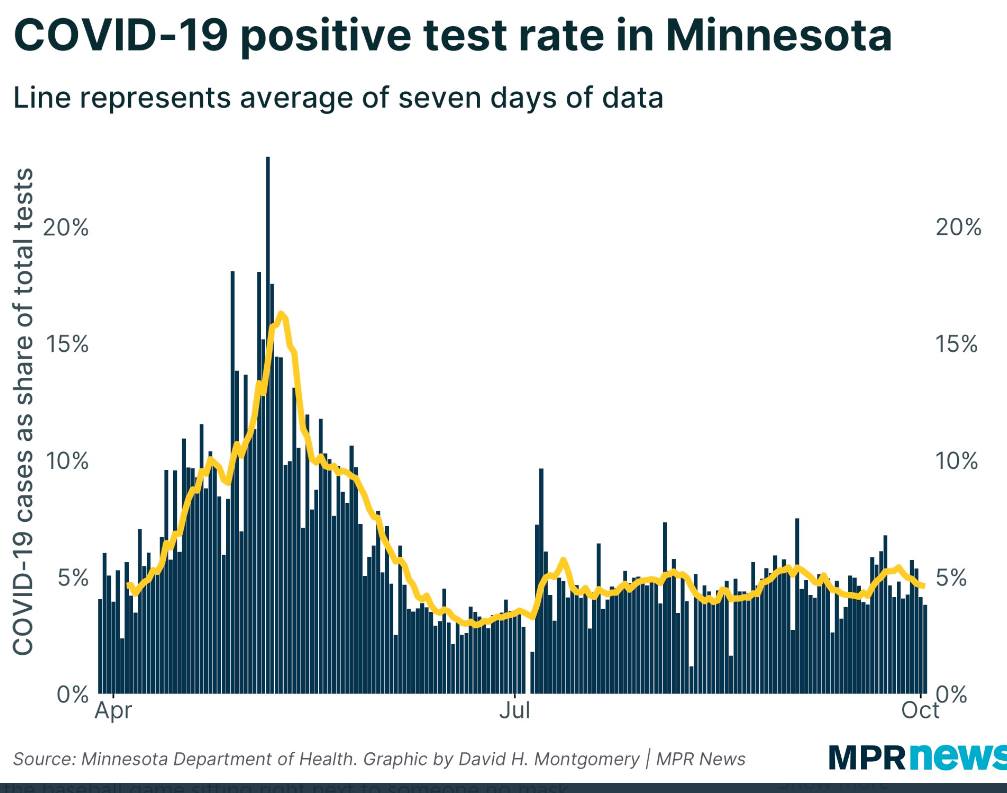 Gov Walz is expected shortly to call another special session of the legislature to endorse his extension of his pandemic emergency powers. And for the seventh time, the DFL-lead Minnesota House will defeat any attempt by the Republicans and concerned Democrats to deny him that extension. Small businesses will remain shut down, most public schools will continue struggling with distance learning, and public discourse will remain hobbled by restrictions on open meetings.

A sizeable portion of our population remains gripped by the fear that has grown around the COVID-19 virus. Is it time to address that fear and assess if it is reasonable and appropriate to remain in lockdown until it disappears?

When the virus first broke out in the US, fear was a natural reaction. Little was known about it, less about how to treat it. Patients were experiencing severe breathing difficulties. Cases were spiking rapidly. Hospital intensive care units in other countries were being overwhelmed. Health experts were pointing to models predicting millions of deaths in the United States alone. In Minnesota alone, even with a stay-at-home order in place, the model being used in late March predicted that the state would experience 50,000 to 55,000 deaths. Draconian measures were needed to “flatten the curve” and buy time to prepare up to 3,000 ICU beds in our hospitals.

So, in the intervening seven months, what have we seen? Despite a few tragic missteps early on, Minnesota has done much better than we were told to fear. The following statistics are from the daily briefing given by the MN Department of Health.

- Rather than 50,000 deaths, Minnesota is approaching 2,100. Three-quarters of those deaths have occurred to patients in nursing homes and assisted living centers. This was largely due to the early and unfortunate decision to release infected patients from hospitals to nursing homes to free up hospital beds.
- As the graph shows, the curve has been flattened. The rolling seven-day average of the positive test rate is hovering just over 5%.
- Utilization of ICU beds has remained low enough that the MN Department of Health no longer reports on that statistic.
- 26% of Minnesotans have been tested for the virus. Over the course of seven months, about only 1.5% of Minnesotans tested positive. At this time, 0.2% of Minnesotans have an active case -- that means one out of 500 Minnesotans is known to be sick at this time.

In the last seven months, we have learned much about treating the virus. Fewer patients are put on ventilators, and the survival rate of patients in ICUs has greatly improved.

The COVID-19 virus is most likely going to be with us for some time. It is unrealistic to expect that we should keep our economy, much less our society, locked down until the virus is eradicated from the face of the earth. If you are over 70-years-old and/or with underlying health conditions, you should clearly take precautions. If you want to do business or socialize with someone that wants you to wear a mask, it is only reasonable to do so.

On the other hand, rational adults should have the freedom to make up their own minds where their health is concerned. Make testing available to anyone who wants it. Encourage people with positive cases to self-isolate. Expect people to act responsibly, and to take responsibility for their own actions.

Recognize that arbitrary, one-size-fits-all rules are rapidly proving to be worse than the disease. The longer we keep our economy and our schools shut down, the deeper the impact and the longer it will take us (and our kids) to recover. It is time to show the leadership that recognizes we can and will put realistic measures in place to deal with the disease and get back to a semblance of normalcy.