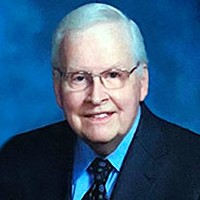 Lynn Swon called our attention to the obituary of Tom Richards recently published in the Star Tribune.  According to Lynn, Richards was a loyal Republican who served as a delegate for many years from Edina.

Born in Chicago in 1926 and raised in Hamlet, Indiana, Richards survived both the Depression and military service in World War II.  He had a 41-year career with the 3M Company.  He and his wife Joan moved several times before settling in Edina, where they lived for over 55 years.

Richards retired from the 3M Company in 1992 and enjoyed 28 years of golf, tennis and traveling the world, vacationing often in Arizona, and Naples, FL.  In 2020, Tom and Joan moved to Friendship Village in Bloomington.  His family reported that he passed away peacefully on November 18.  At the time that the obituary was published, the timing of his memorial had not been identified.