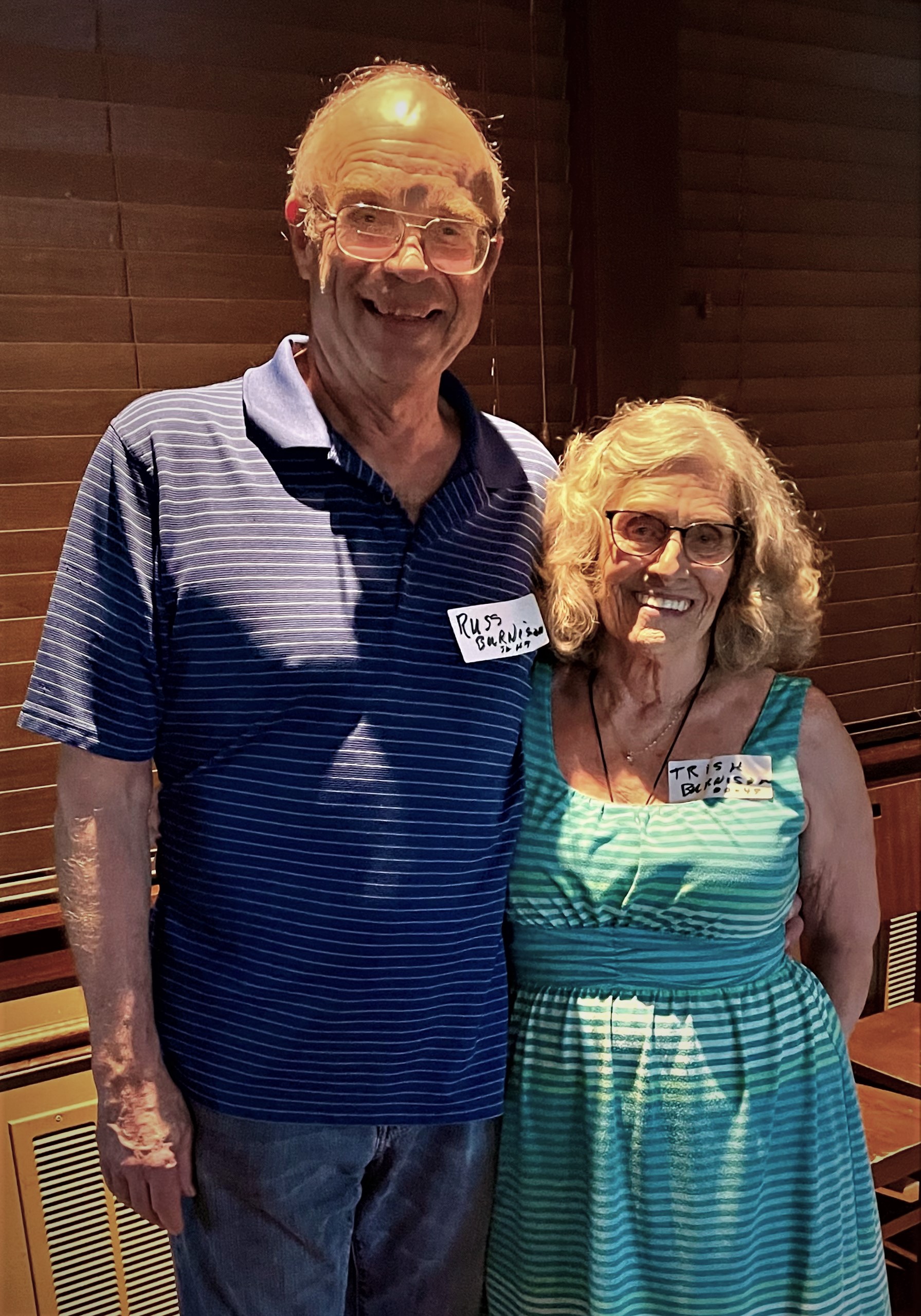 Two of the most dedicated Republicans in Senate District 49 have signaled that it is time for the next phase of their lives. Trish & Russ Burnison were recognized for their continued support by the attendees at the June 14 Pints & Politics event.

One of Russ’ earliest memories of political activism was doing literature drops for Norm Coleman when he ran for re-election to the US Senate. The Burnisons got involved with the local Republican organization then known as Senate District 41 in late 2008 or early 2009, when they attended their first dinner program,

They came to their first caucus in 2009 and Russ was elected to Chair of Bloomington Precinct 19 in 2011. He became an Executive Committee Vice Chair by 2013. He was elected as the Co-Chair in 2019 and re-elected in 2021. He was not shy in expressing his opinions about the performance of the Bloomington mayor and city council, even stepping forward to run for city council in 2011.

Russ pitched in to help through two office moves. He and his van were heavily used in furniture moves, lawn sign installations, and picnic provisioning. He volunteered for setting up caucuses and conventions. He was a strong leader and motivator within the volunteer ranks of the senate district. He was awarded the Senate District's Crystal Eagle in 2018, in recognition of his exemplary volunteer work.

Trish took up the reins of Bloomington Precinct 19 when Russ moved up to the Senate District Executive Committee. She would step forward to do whatever she could, from helping out with the dinner programs and checking people in at Pints & Politics. Her skills and efficiency at stuffing literature bags are legendary.

Trish & Russ were always the first to step forward when something needed to be done. They are now working hard to prepare their home for sale, with plans to resettle in southeastern South Dakota. Their commitment, enthusiasm, and positive support will be missed.