Update on Erik Paulsen and the Campaign for Congress 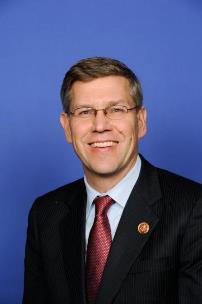 ICYMI: Phillips Divests from Some of His Energy Investments: Phillips was heavily invested in the Dakota Access Pipeline, Exxon-Mobile, Halliburton and a load of other oil and coal companies while he was criticizing "monied petroleum interests" on the campaign trail. Dean Phillips' consultant and campaign manager both admitted Dean Phillips divested from some of his energy investments after being exposed as a complete hypocrite.

Phillips' decision to divest comes after he cashed in on President Trump's decision to grant the final permit for the Dakota Access Pipeline. How much did Dean make on his #DAPL investment?

The bill would return to the Treasury funds that had been appropriated but not yet spent by various federal agencies. Republicans are working to fulfill their promise to cut wasteful spending and be good stewards of your tax dollars.

Letter in the Star Tribune from Linda Stageberg on recent town halls:
“I was told that people wanted to hear where Erik stands on the issues. But on May 30, they seemed more interested in their own questions than in his answers… I understand we’re all passionate about different issues and want to have our voices heard. I just wish we didn’t like the sound of our own voice so darn much.”

Laws that remove firearms from those considered a safety risk reduce gun-related suicides, study finds: Study finds that red flag laws are helping to decrease the number of suicides in Indiana and Connecticut, both states with red flag laws. Paulsen is a co-sponsor of legislation that would encourage states to adopt these policies.