Update on Legal Cases: The Fight Against Government and Government Union Overreach 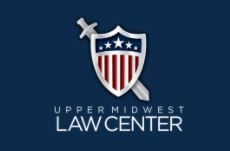 The Upper Midwest Law Center (UMLC) has been in existence for only 21 months.  Yet, it has already established itself as a force in initiating litigation to address left-wing injustice, lawlessness and tyranny through the courts.

Northland Baptist and Shady’s Bar & Grill cases:  Governors who rule tyrannically without law or Legislative oversight were supposed to be abolished by the U.S. Revolution.  Yet Walz’s overreach through emergency orders continues.  Court hearing was set for October 19.

Action Against Defunding the Minneapolis Police: the Minneapolis City Charter requires the Minneapolis City Council and Mayor to fund and employ at least 743 active-duty, licensed police.  Given the hostile environment created by the City Council, many police officers are retiring and taking leave from the force.  Not surprisingly, homicides and other violent crimes are up substantially over 2019 numbers.  UMLC is representing a coalition of eight black and white citizens who live on the North Side of Minneapolis and simply do not feel the city is meeting its obligation to keep them safe.  The case has been expedited and was heard by Judge Jamie Anderson in Minneapolis on October 19.

Eco-Terrorism Case:  UMLC has filed a lawsuit against the Eco-Terrorists who vandalized the equipment of contractors and loggers working on or near the Enbridge Pipeline 3 renovation project last year.  This action may soon be expanded to include the “activist” organizations (including the McKnight Foundation and MN350) “training” and supporting them.  UMLC is currently awaiting a judge’s decision on enforcement of a subpoena for information from MN350 on their involvement.

Personal Care Attendants’ (PCA’s) cases:  In September, the Minnesota Supreme Court overturned the decision of the Minnesota Court of Appeals that reaffirmed the PCAs’ right to gain access to the state’s listing of 25,000+ PCAs.  The listing had been sought as part of an effort to decertify the SEIU Union as their unwanted “representative” and stop the skimming of PCA Medicaid monies for SEIU political activities. Fortunately, a new federal rule barring dues deduction from PCAs’ Medicaid benefits became effective in 2019. The Minnesota Department of Human Services has continued to resist compliance and the SEIU continues to skim PCAs’ taxpayer-funded benefits to fund their political contributions. UMLC plans to sue to enforce the rule if necessary.

Bloomberg-Funded Lawyers in the MN Attorney General’s Office:  The UMLC has sued Minnesota Attorney General Keith Ellison for allowing attorneys hired, paid for and directed by Michael Bloomberg to represent Minnesota in a case against the federal Environmental Protection Agency and a separate case against Pine Bend Refinery and Exxon-Mobil.  These “climate change” warriors have been “hired” by Keith Ellison outside of the lawful process.

The Upper Midwest Law Center has taken meaningful action against abuses by public sector unions, left-wing non-governmental organizations, government bureaucrats and politicians and violent “protesters” in the Upper Midwest.  Their fundraising has been significantly impacted by the coronavirus lockdowns. You can help by CLICKING HERE to donate online or by sending a tax-exempt, confidential contribution check to UMLC, 8421 Wayzata Boulevard, Suite 105, Golden Valley, MN 55426.  Any amount is welcome and appreciated.  You can also dedicate your donation to a particular case or activity if you so choose.