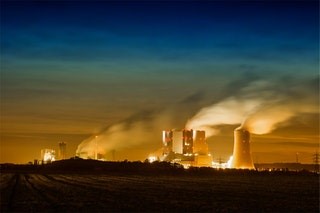 "Take a wild guess what country is reducing its greenhouse gas emissions the most? Canada? Britain? France? India? Germany? Japan? No, no, no, no, no, and no," economist Stephen Moore writes. "The answer to that question is the United States of America." Citing the latest world climate report from the BP Statistical Review of world energy, Moore notes that the United States has reduced its carbon emissions by 0.5 percent – "the most of all major countries."

How can that be, given that the United States never signed the Kyoto Protocol and withdrew from the Paris Climate Accords? The major reason, according to Moore, "is the shale oil and gas revolution that is transitioning the world to cheap and clean natural gas for electric power generation."

Equally telling is Moore’s finding that "nearly every nation that signed on to the Paris Accord and has admonished America for not getting in, has already broken its promises." In fact, "all EU countries are failing to increase their climate action in line with the Paris Agreement goal," according to Climate Action Network Europe.