Vote YES on Bloomington’s Trash Questions to Send a Message 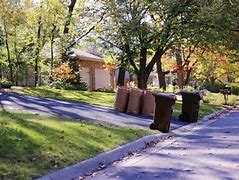 While this question would appear to be straight-forward, asking if Bloomington residents want to continue with the current city-run trash collection system, it is not.  It really asks if Bloomington residents agree with the statement that the city should NOT replace open, competitive trash collection with a city-run, non-competitive trash collection system unless voters elect by ballot to do so.  In essence, should the Bloomington City Charter be amended to add: “Unless first approved by a majority of voters in a state general election, the City shall not replace the competitive market in solid waste collection with a system in which solid waste services are provided by government- chosen collectors or in government designed districts.”

Why are Bloomington voters being asked to confirm that changing the way trash is collected should be decided by them?  This ballot question is really a “citizens’ amendment” that came about when the city lost a series of court cases regarding their unilateral decision to implement city-organized trash collection.  Bloomington City Council had also refused to include residents on the committee set up to explore organized collection options and had dismissed feedback given at the time.

Voting YES on Question 1 will serve as a reminder to the city council, city manager, and staff that residents absolutely have a right to participate in our local government.  Unfortunately, our local representatives have had a habit of not listening to residents until time for their reelection.  Too often, important questions have been scheduled for the end of open city council meetings, late at night. An affirmative vote on this question will serve as a reminder that residents should have a voice in city government, a voice that should be respected and taken seriously

Curbside clean-up is a completely separate program, which is charged to residence on their water bill and not part of organized trash.  Similarly, the city is claiming that if 'yes' votes prevail on Questions 1 and 2, it "may end" organics collection.  This is simply fear-mongering.  Previously, there was at least one hauler that offered curbside (not drop off which is the city's solution).  However, city-controlled trash collection cancelled this service. It is highly unlikely that the Hennepin County recycling center would stop organics collection, as Hennepin County Commissioner Debbie Goettel, was instrumental in seeing that organics collection would be available for all and at no charge at the 96th St  location

The city is also trying to convince people if they vote Yes, 'there will be trash in the streets,’ and chaos.  More fear-mongering.  The city is required by law to make sure trash is collected.  City staff is currently drafting city code amendments to detail how the haulers would operate in an open, competitive system, which Bloomington had for over 60 years. Very likely these code amendments will look quite similar to what existed prior to city-organized collection.  The draft of these code amendments was expected to be complete by October 19th.  If there is any chaos in the city in changing systems, it would be due to the city not doing its job.

A YES vote on Question 1 by itself will legally end city control of trash collection.  Voting YES on Question 2 would further reinforce the message that the city must hear and heed resident input.

Given the city’s actions to fight against the right of citizens to be heard on this issue right up to the MN Supreme Court, we urge votes of YES on Question 1 and YES on Question 2.  Voting yes twice will stand as a reminder for the current and future city officials, that residents do have a voice, and that the officials should work to represent everyone, so that solutions work well for the majority and not just their biggest supporters.

If you agree, you can help get the word out.  Talk to your neighbors, send a letter to the SunCurrent editor, blog about it, get a yard sign, and/or help via providing a financial contribution.