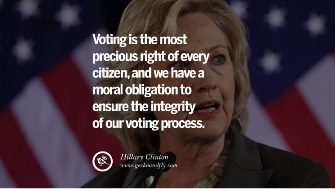 With little notice or attention in the media, the Minnesota Secretary of State is in the process of invoking changes in our state election procedures. Such changes are rightly the responsibility of our state legislature where both the intended and the unintended consequences can be fully analyzed and publicly debated. We are therefore concerned that some election law changes are being pursued that completely bypass the state legislature.

A familiar gaggle of non-governmental organizations are taking advantage of some cozy judicial avenues to circumvent Minnesota election laws. Four groups have sued Secretary of State Steve Simon, challenging election laws that they say endanger voters during the COVID-19 pandemic. Rather than represent the Minnesota citizens that elected him, he has chosen to simply consent to the changes that these organizations are seeking. By getting a judge to agree, Steve Simon sidesteps the need to comply with those laws.

What is at stake? It is our laws that provide protections against potential voting fraud such as ineligible voters and “ballot harvesting.” Without legislative approval, Simon is close to:

• Dropping the requirement for witnesses on absentee ballots,
• Allowing mail-in ballots to be accepted two days after Election Day,
• Mailing of unsolicited ballot applications, and
• Eliminating limits on ballot assistance.

What could possibly go wrong? In March 2018, the Office of the Legislative Auditor (OLA) released its review of Minnesota’s election system and revealed that more than 26,000 individuals whose status was marked “challenged” prior to the election in fact voted in November 2016. The Secretary of State has not been diligent in removing those voters from the registration rolls who may be ineligible. Simon wants to send ballot applications to everyone who is on the rolls, regardless if they asked for the applications or not. Ballots that are sent back in will not need to be witnessed.

Political operatives with knowledge of voter registration lists and low propensity voter history could “ballot harvest”; i.e., request ballots for people that are not likely to vote, fill out the ballots, and send them back in. If received after Election Day, there is little likelihood that they will be checked before they are counted. This is particularly true if Simon uses city clerks to open and certify mailed-in ballots rather than election judges nominated by the political parties, as required by law.

If you share our concern that the DFL Secretary of State and friendly plaintiffs are using the Walz administration’s narrative of an extended pandemic emergency to weaken safeguards protecting election integrity, please make those concerns known through letters to the editor.

Dropping the requirement for witnessing of absentee ballots and late acceptance of mail-in ballots. On June 17, a Ramsey County judge signed off on an agreement in the case brought by the Minnesota Alliance for Retired Americans. On June 19, a similar suit brought by the League of Women Voters Education Fund was to be heard by a U.S. District Judge. Here again, Simon is not defending the law, but rather has agreed to a consent decree. These decrees stipulate that Simon would need to notify all voters that:

• Witnessing of absentee ballots will not be required
• Election officials will count ballots that arrive within two days of the primary, as long as they are postmarked by Election Day

The MN GOP, the Republican National Committee, and the Trump Campaign have been granted a continuance by the federal court, allowing them time to intervene.

Unsolicited mailing of ballot applications. A third suit was filed by the American Civil Liberties Union and the NAACP—to overturn the requirement that a registered voter must request an absentee ballot. The ACLU wants mail-in ballots sent out to all voters on the Secretary of State’s voter registration list.

Eliminating the limit on ballot assistance. In January, the DFL House and Senate campaign committees announced a lawsuit  against Steve Simon intending to overturn Minnesota’s restriction on the number of other people that one person can help in casting their ballots.

Do not allow these changes to our current election procedures to go unchallenged. Do not let Steve Simon and Keith Ellison using the current civil emergency to weaken the integrity of our voting process. Support the actions of the MN GOP, the Republican National Committee, and the Trump Campaign. Write your objections in a letter to the Star Tribune.