Minnesota has been under Gov. Walz’ emergency order for almost a year now. The impact of the economic clampdown has been staggering. The state has gone from a budget surplus in the last biennium to a significant budget shortfall.

It is against this backdrop that the DFL governor introduced on January 23 his budget for the 2022-2023 biennium. In it, he proposes a new fifth income tax rate of 10.85 % and a hike in the corporate income tax rate to 11.25 %. Minnesota has the fifth highest top rate of state personal income tax in the United States - 9.85 % on income over $164,400 a year. Only Oregon, New Jersey, Hawaii, and California have higher top rates.

As MN Rep Erik Mortensen (R, Shakopee) wrote recently, “Minnesota doesn’t just tax “the rich” heavily. Our state’s lowest personal income tax rate - 5.35 % on the first dollar of taxable income - is higher than the highest rate in 25 states. At 9.80 % on the first dollar of taxable revenue, our state has the fourth highest state corporate income tax rate in the United States. Only Pennsylvania, New Jersey, and Iowa have higher rates.” Mortensen further noted that the proposed state budget is 50% higher than it was just 10 years ago.

The Walz budget cuts only $150 million, or about 0.3%, of spending over the next two years. Instead, among other spending increases is a call for $150 million in bonds to build back businesses destroyed by rioters in May. 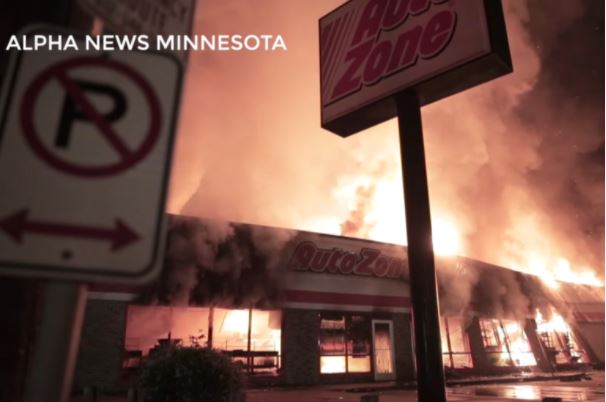 Sen. Andrew Lang (R-Olivia) has asked,  “Why should the people of Greater Minnesota have to pay for this [bailout], while already being taxed more?”

Protesting that Gov. Walz had already provided $11.7 million from the State Disaster Assistance Contingency Account to Hennepin County to help with riot recovery efforts,  Republican lawmakers said that the $11.7 million figure represented 70% of the total in that account.  AlphaNews reports  that Senate Republicans have introduced a bill to prevent Minnesota’s disaster relief fund from being used to rebuild cities that suffered from the riots last summer.  The bill clarifies the definition of a “disaster,” which currently encompasses natural catastrophes like tornadoes, storms, earthquakes, snowstorms, and a number of other natural disasters.

On the DLF side, AlphaNews quoted House Speaker Melissa Hortman (DFL-Brooklyn Park) as applauding the proposed budget, saying that Minnesota has “abundant natural resources, thriving corporations and nonprofits, a talented population, and higher income per capita than most states.”