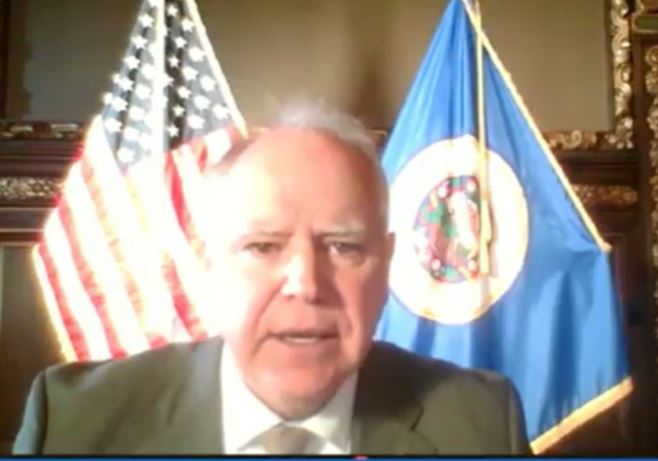 During a virtual legislative panel hosted by Forum News Service on January 11, Governor Walz claimed that people who stormed the U.S. Capitol had been intent on killing the vice president and Congressional leaders.  Walz’s claims have been denied by Federal prosecutors.  In addition, the words he used in his remarks appear uncannily similar to those spoken by another Democratic politician half a continent away.

As quoted by Rose Williams in a Jan. 12  article in AlphaNews, Walz said, “The United States Capitol was stormed by people who were intent on killing the vice president, the speaker of the house, and our other legislative leaders at the urging of the president of the United States.” The article includes a link to the video recording of the panel.

On January 12, the U.S. House of Representatives met in Washington, D.C. to debate the impeachment of President Trump.  According to an online article posted by the Daily Signal Rep. Adriano Espaillat, D-N.Y., made some of the most far-reaching allegations against Trump during that debate, outlining an intentional plan to kill public officials.

“He summoned and dispatched his men to kidnap and hurt many of us. He is unfit to hold office,” Espaillat, a third-term lawmaker, said.

Is there strong evidence of the claims that a pro-Trump mob stormed the U.S. Capitol with the aim of capturing and assassinating elected officials?  On January 15, Michael Sherwin, acting U.S, attorney for the District of Columbia, stated that there is “no direct evidence at this point of kill, capture teams.”

If Gov. Walz accepts so readily rumors of claims of murderous intent on the part of the supporters of President Trump, he should be at least willing to hear and pursue the substantiated election integrity concerns regarding the recent Minnesota election.