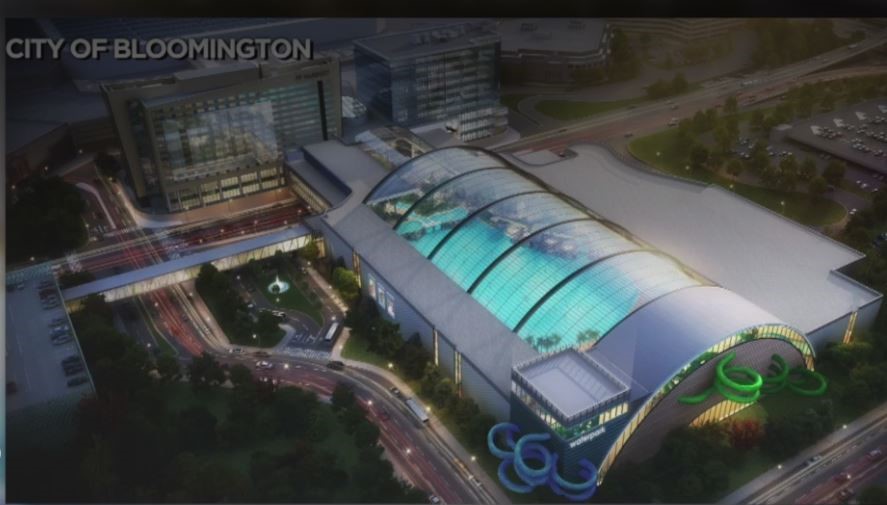 In an article in the Sunday, August 11 edition of the Star Tribune (front page, Minnesota section) entitled, “Owner uses MOA as project collateral”, Eric Roper wrote about the 49% stake in MOA that the Triple Five Group pledged as collateral to secure the construction loan for their New Jersey mega-mall. “This leveraging of MOA came as a surprise to Bloomington officials, concerned that the megamall makes up about 10% of the city’s tax base.

The article goes on to quote Baltimore-based retail consultant Nick Egelanian, “They are making a huge bet on American Dream and obviously putting part of the Mall of America at risk in it.” He noted that the Triple Five Group is banking on high-profile attractions to stimulate retail sales, and there’s no agreement among the industry experts he consults with about whether it will work.

Eric Roper noted that “tax dollars would pay $50 million for a parking ramp and skyway to the mall, as well as up to $8 million to clean up the site.” The article did not make clear if these figures include the $20 million that the city has paid as its share of the water park design effort. It is important to note that Bloomington tax payers are also being asked to consider more than $50 million for a community center.

In an opinion piece in the Thursday, August 15 edition of the Star Tribune (front page, Business section) entitled, “Financing for MOA water park is baffling”, Lee Schafer wrote, “Taking on the risk of a big entertainment venture isn’t a typical burden for local governments anywhere … The problem is that the water park – which would cost about $250 million just for construction – does not seem viable with private market money.”

Schafer points out, “if you need a nonprofit to own what sure looks like a private entertainment business that can’t be financed in the private capital markets, you can simply rent one. If you need a public agency to issue the bonds that will finance the deal, one of those can be rented, too.” So the City of Bloomington is proposing to have a Wisconsin agency issue tax-exempt bonds to finance an entertainment project in Minnesota owned by a special-purpose affiliate of a Louisiana non-profit. And Bloomington would back all of this up by imposing additional sales and use taxes at the Mall of America that would kick in to cover any shortfall in cash flow.