Who's Funding Those Ads, Calls, Mailings? 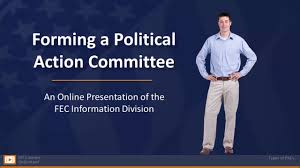 When a candidate's campaign puts out an ad, makes a call or sends a mailing, the "I approved this message" tag is clear. So who's funding all those other ads, calls and mailings? In a pair of informative articles, MinnPost has provided information about groups behind the political spending in Minnesota.

" ... one phenomenon is crystal-clear: there will be a tidal wave of political spending by outside groups hoping to influence key races for U.S. House and Senate.

Call it the “green wave,” if you like — and there’s no question it’ll be crashing down hard on Minnesota. The state is home to four top-tier House contests and a nationally-watched Senate race, making it one of the country’s biggest battlegrounds as Democrats and Republicans fight for control of Congress. It’s possible no single media market in the country will be saturated with more political communication than that of the Twin Cities, where TV and radio stations reach voters in virtually every competitive race.

Many of those ads will inform you that they’re paid for by a group you may not recognize: maybe their political bent will be clearly identified, like with the National Republican Congressional Committee; other times, they’ll have a generic name..."