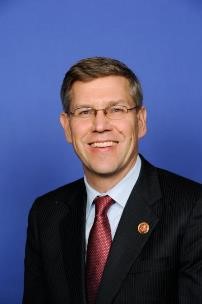 The future of the Democrats' $3.5 trillion spending bill could come down to an intra-party showdown on a single issue: drug pricing.

On September 15, the House Energy & Commerce Committee, deferring to moderate Democrats, rejected a plan to let the government interfere in the price of drugs purchased through Medicare. Later that day, in an exercise of progressive political muscle, the House Ways and Means Committee approved a nearly identical measure.

Some on the progressive side are portraying the Democratic moderates as callous toward patients who need relief from high prescription costs. The criticism is misplaced.

This proposal would save Americans little at the pharmacy counter. It would, however, hugely damage the American system of drug innovation, depriving patients of breakthrough cures and vaccines for years to come.

At the center of this controversy is a collection of prescription drug reforms that would authorize the Secretary of Health and Human Services to negotiate with drug makers on the price of medications purchased by the government through Medicare.

In this context, however, "negotiate" is a misleading word at best. The proposed reform would create a system of prescription drug price controls under which the government would cap the tab for hundreds of brand-name drugs. Medicare would pay no more than 120 percent of the average of the prices paid in six other developed countries.

Pharmaceutical firms that refused to sell their wares at this artificially low rate would be subject to a massive tax penalty, equivalent to 95 cents for every dollar of sales. What's more, the bill would make these lower prices available to private insurers as well.

The attempt to shoe-horn this major policy change into the budget bill has met with fierce opposition from moderates in the House, as well as Democratic Senators Kyrsten Sinema (D-AZ) and Joe Manchin (D-WV).

Some might wonder why these holdouts are standing in the way of reforms that force pharmaceutical companies to cut prices. After all, roughly 80 percent of the country believes that drug prices are too high, and one in four Americans struggles to afford their medications.

The reason is that the proposed tax on innovation would not address the financial challenges facing patients. Instead, it would free up money to help fund other spending priorities having nothing to do with healthcare.

According to an estimate from the Congressional Budget Office, these policies would reduce Medicare's payments to drug makers by $456 billion over the next decade That's the problem the holdout Democrats understand. This is no time to handcuff an industry in the business of inventing life-saving medical technologies -- including the vaccines that are saving the world from the Covid-19 pandemic.

Our current system has been a boon for investment in new cures and treatments. In 2019 alone, before the pandemic surge, America's drug industry spent $83 billion on research and development. That's ten times more than during the 1980s, even after adjusting for inflation.

The $456 billion revenue cut from Medicare price controls doesn't include the additional scores of billions per year drug makers will lose as health insurance companies piggy-back on them. Industry investment in new cures and treatments will collapse for want of these funds.

On top of that, outside investors will flee the pharmaceutical sector in droves as government price controls eliminate the possibility of making a return. Start-up funding for biotech firms that believe they are on to the next big cure will evaporate, their ideas languishing in unfunded labs.

The resulting loss in innovation will be catastrophic for patients.

According to a recent analysis by University of Chicago economist Tomas Philipson, this drug-pricing proposal would reduce the number of new medicines released in the next two decades by as many as 342.

That's why it's to the credit of moderate Democrats in the House and Senate that they are uniting against these policies. Drug price controls may save the government and the insurance industry money in the short-term. But jamming these destructive policies in a massive budget bill would come at an immense cost to current and future generations of American patients.

This article was initially published on October 21, 2021 by RealClear Health