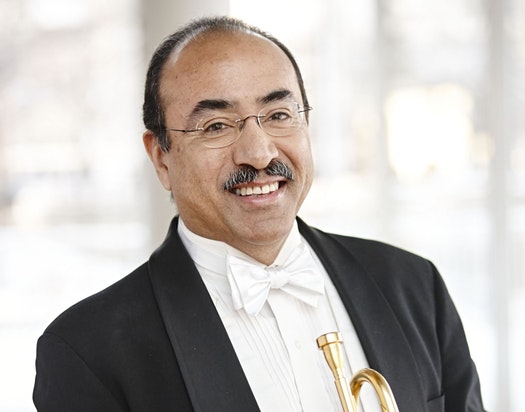 The following is excerpted from posts by Manny Laureano, first trumpeter with the Minnesota Orchestra.  During a concert on December 2, Laureano walked off the stage after the guest artist, Rufus Wainwright, spoke out about “evil” Republicans.

I did something that was fairly unusual for one of our concerts, especially a Pops-type show, so, it’s not like I didn’t understand there would be consequences of varying types… but, there comes a point where you can’t sit and bear it.

Wainwright is not someone whom I knew anything about until he showed up for rehearsal. I figured our director of Presentations had to know he has a big following of loyalists and that’s why we presented him, because we would have a big crowd. I had no ax to grind with this guy. I didn’t know him from Adam. I even went to my ultimate source for such things, the musicians of the Minnesota Youth Symphonies, and asked them about him. They had no clue other than he has a famous cover of “Hallelujah” from the movie Shrek. That’s how I went into it.

The rehearsals were fine, as he didn’t do any of his between-tune-audience chats. When he got to Cantique de Noel I was actually happy to hear him do it in French. I was less than happy when he 1) made it clear that he was only going to sing a Christmas tune because he was asked to (thanks for sucking it up and doing us the favor), 2) made a big deal about what a hero he was for singing it in a higher key and 3) decided it would be fun to translate the text so that they would have a double entendre that had as a punchline something about “falling on your knees for deliverance.” Funny guy. I was not among those that found it cute. Fine. I let it go.

The second half was the problem. Before the second tune in which I had an extended solo he found it necessary to rant about the recent and unfinalized tax bill. He was very upset about it and talked about Republicans as being “horrible people that had to be stopped” to the bravos and delight of his followers.

Contrary to what Chris Riemenschneider wrote in the Star Tribune  I made no gesticulation. I don’t know what he thought he saw other than my securing hold of my horn, turning, and leaving.  I don’t even think I “stormed”. My knees can’t take much storming these days.

The woman playing second trumpet, bless her heart, played my solo and everyone did a great job, as I knew they would. The context that’s important to understand is that I was in the position of playing a tender solo after being referred to as basically evil. No, thank you. Therefore, for the folks that think this was some planned event, it was not. It was as spontaneous as that. Remember, no one knew what his on-stage chats with the public were going to be.

From reading various comments it’s clear people expect us to know what to expect from the artists that come to perform. Somehow, we’re supposed to know who’s edgy and who isn’t. Sorry but we all don’t. Older musicians just aren’t up on the lifestyles of niche artists just as many younger musicians might not know artists of an earlier generation. I can tell you this: it’s the first time in my memory of 37 years as principal trumpet that I can remember a political rant during a December show from either direction.

If someone confronted me on the street or somewhere I had equal footing, I would not look for a safe space. I would engage. I suppose I felt at a disadvantage since he was not talking to me but, rather, about me without any way to respond and have the same audience hear the response as you would have, say, at a lecture with a Question Line at the end. Anyone who actually does know me knows that I enjoy a good talk about pretty much anything as long as they’re ready to listen as much as they speak. I didn’t shout the guy down nor did I interfere with his playing because I provided better-than-adequate substitutes for myself in my absence. His 1st amendment rights were in no way diminished. He had his say. I had mine in the only way I could at the moment and am ready to deal with the consequences.

I fully understand there will be consequences. Some of the Strib comments suggestions ranged from jail time to firing to a 10 concert suspension without pay. The Association has written in support of the visiting artist. My support will have to come in the form of believing what I did was right if not contractually appropriate